Most Californians Have Insufficient Insurance Coverage 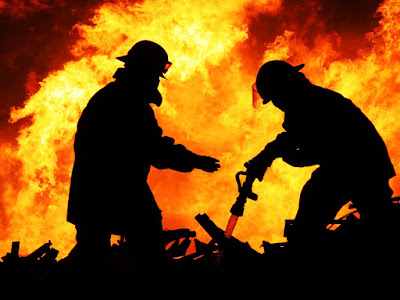 Owning real estate has inherent risks. From burglary to floods and fires, your possessions or your home itself could be damaged substantially by forces outside of your control. Fortunately, we have insurance to deal with those exact circumstances. In fact, when we handle an escrow for a real estate transaction involving a lender, the buyer is almost always required to get fire insurance (especially in California) before the purchase is allowed to go through. The lender (usually a bank) provides the buyer with the capital they need to purchase the property, so it makes sense that the lender would want to protect their investment in case of a disaster like a fire.

Over the past few weeks, many California home-owners were struck by tragedy when forest fires did damage to thousands of homes, some burned completely to the ground. In the aftermath, now that the fires have been contained, they have to figure out exactly how far their insurance coverage will get them since homeowners on average tend to be significantly underinsured. Insurance companies, like all other companies, are in business to make a profit. They don't want to pay any more money than they have to, so if you're one of the unfortunate Californians having to deal with this, you really need to be proactive.

Even if your home isn't in one of the current fire zones, you need to be vigilant for the future, because these forest fires have become an almost-yearly feature for Californians. Be careful with every document you sign regarding your insurance coverage. In order to maximize their profits, especially in a high-risk state like California, some insurers have been adding extra provisions to policies when customers come in for seemingly-routine renewals. The new provisions will often limit coverage for smoke damage (as opposed to damage from actual flames) or will set a short time limit within which a customer must report such damage.

One of the most common issues that homeowners run into is not being insured enough. Often, it's because of the rising costs of building materials. Now, insurers suggest that you get coverage for more than what you think you need. You can overapproximate material and labor costs, and some policies even let you include upgrades for changes to the house's wiring or for the cost of personal property, like televisions and computers. To get coverage for those products, though, you should take a video of your home and its contents, to provide proof to your insurance company if they try to give you a hard time about it.

Some insurance companies have decided to leave California entirely, stating that it's too expensive to provide insurance in an area so prone to wildfires. Others charge incredibly high rates, set exorbitantly expensive to make sure they can cover their costs in the case of a disastrous wildfire. One state-sponsored program, the California FAIR Plan, provides less costly coverage than most private companies, but will only provide up to $1.5 million in replacement costs, so you should think carefully about whether you would be sufficiently covered before you purchase such a plan.