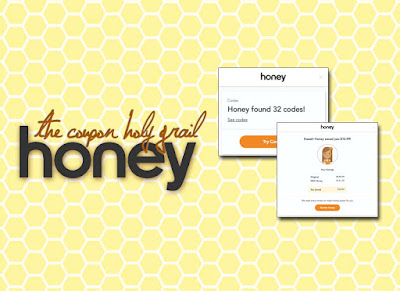 Many consumers prefer to do their shopping online as opposed to in brick-and-mortar stores. Shopping online, especially when you know exactly what you're looking for, can be cheaper, easier, and more expedient than taking the time to go to Wal-Mart or Target and pick up the latest device. Still, consumers want to get the best deal possible, especially when shopping online. Research shows that consumers are often hesitant to place an order online due to a feeling that they may be paying too much. In his L.A. Times article, David Pierson describes an innovative browser add-on called Honey that automatically finds discount codes for many shopping websites.

The extension is free for download on all Firefox, Safari, and Google Chrome browsers, and requires absolutely no effort on the part of the user. Simply by installing the add-on, the discounts will immediately begin popping up when a user goes to check out on thousands of shopping sites. The extension uses user-inputted data (like Waze) to determine which discount codes work best and which don't work at all, so each consumer using the app helps to make it better for the next user. Honey has over 5 million users, who have saved an average of $32 per month on items that they were going to purchase anyway.

This browser extension seems to be a win-win-win for everyone involved. Consumers get to find discounts that they wouldn't have otherwise been able to use on items that they were planning on purchasing anyway. The shopping sites tend to make more money because shoppers are 55% more likely to finish checking out when Honey has checked for potential discounts. Honey itself makes money because certain merchants pay to have their discounts made more visible, to increase customer traffic. Everyone is making money, without much of a risk to any one party.

About 9,000 of Honey's 21,000 affiliated merchants pays the company a commission for driving customer sales. One of their biggest issues, however, is that they have so far been unable to convince Amazon to get on board. Because Amazon has such a large share of the online shopping market, that could pose problems for Honey in the future. They hope that consumers will choose to use other websites, to keep the Seattle-based company from monopolizing the market and raising prices, but time will tell whether their efforts will be successful. Until then, Honey has an integrated feature for Amazon shoppers to let them know when prices of items in their cart have fluctuated. That feature may be enough to help Honey stay relevant in the Amazon-saturated market.

Technological advancement, which can be greatly beneficial in many ways, can also make it more difficult for you to protect your personal information. Years ago, before the advent of the internet, rates of identity theft were far lower than they are today. Identification documents and private data were not nearly as available before the era of the internet. However, now that hacking is so prevalent, we must do what we can to improve our cybersecurity and prevent hackers wherever possible. According to Samantha Masunaga's recent L.A. Times article, the latest vulnerability to address lies in WPA-2 protocol, the current industry standard for Wi-Fi protection.

WPA-2 is the fundamental protection built into most wireless communication available around the world. Until recently, it was considered the best way to protect your online information, but researchers in Belgium found a vulnerability in the WPA-2 protocol that can allow a hacker to use "key reinstallation attacks" to intercept wirelessly transmitted information, even over encrypted networks. The hacking technique, also known as "Krack," is able to target systems powered by operating systems including Windows, Apple, Android, and Linux. From computers to modems to Wi-Fi enabled refrigerators; anything on your network could potentially be hackable.

The researchers found that Kracking is most effective against computers running Linux and devices running the latest version of Android OS. The hack could be used to capture information in sent emails, credit card numbers, browsing data, and even photos and videos sent to contacts. The hacking technique, while powerful, may not be as great a cause for worry as might be expected. According to the analysts, the hacker would have to be highly skilled and in close proximity to the targeted device. Therefore, any hacker looking to use Krack would likely target large corporations, where they might find a better payout.

To protect yourself, you should download any patches released by manufacturers as soon as they are released. For Windows devices, leaving "automatic updates" selected will let your computer take care of the threat for you. Many Apple devices have already received fixes for the vulnerability and others will receive software updates within the next couple of weeks. Google is working on releasing patches for Android devices as quickly as possible. Until that's all wrapped up, you can protect yourself by sending encrypted emails, being careful with online transactions from certain devices, and adding passwords to shared files that contain sensitive information.