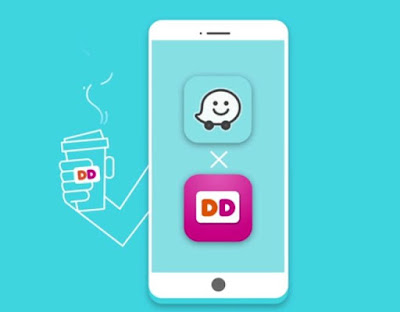 Technological innovations in this day and age are often about making day to day tasks easier or more convenient. They help people to save time and money on mundane tasks like ordering food or obtaining transportation. This week, according to an L.A. Times article by the Associated Press, the navigation app Waze has started to team up with fast-food restaurants like Dunkin' Donuts in order to combine the services offered by the two companies and make ordering coffee and other foods on the way to work a seamless process.

Waze is a popular navigation app for smartphones and tablets, which relies mainly on information input by users. It provides turn-by-turn directions and can even tell drivers in real time which route will have the least traffic. While Waze has teamed up with fast-food restaurants like Taco Bell and Dunkin' Donuts in the past, it was mainly an advertising partnership, where the restaurants paid Waze a fee each month to help remind drivers of the different food options on their route. Now, their business strategy has changed, and become more direct.

Instead of just advertising with Waze, and hoping that the ads will make a few drivers visit their restaurant, Waze has now integrated a method for drivers to order from Dunkin' Donuts and pick it up on their route, all without opening up another app. If the trial run with Dunkin' Donuts goes well, Waze could relatively easily update the system to work for any number of merchants and restaurants. One day, people could be able to order food, reserve parking spots, and even get prescriptions filled, all on the way, without the inherent distractions involved with working from several apps at once.

Users of Waze's new system will have to have Dunkin' Donuts' app on their phone, but as long as they are logged in, Waze will be connected and will be able to access their account at the push of a button. Additionally, users of Waze's system have to be registered with Dunkin' Donuts' customer loyalty program, at least until the chain has determined whether the concept works well enough to offer to all of its customers. Waze has been growing in leaps and bounds lately. Recently, they integrated a feature similar to Uber or Lyft where drivers are paid to pick up and drive with other Waze users looking to Carpool. All of these updates seem to be going well for Waze, but it will take a bit of time to see just how well. 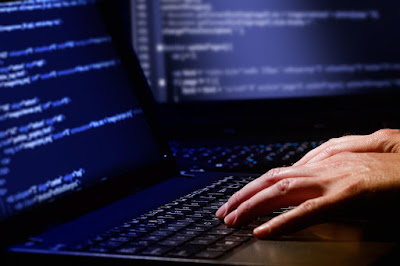 As time goes on and technology continuously improves, the ability to hack into the new technology improves with it. So, because hackers are getting smarter and finding ways to attack our internet-enabled devices, we too have to develop and work harder to prevent such attacks. Over the past few years, popular social media platforms like Facebook and Twitter have been targets of hacking and phishing schemes. According to Jessica Roy's article in the L.A. Times, one feature on your Twitter account could be making you more vulnerable to hackers.

Lately, there have been several situations in which Twitter accounts have had their security compromised. From celebrities like Justin Bieber to multi-million-dollar businesses like McDonald's, hackers are taking over. Sometimes they just want to "troll" and post something that they think is funny or that might get a reaction. Other times, the messages are designed to trick other people into clicking a link that will allow the hacker to break into other accounts.

In at least one case, the cyber attacks were due to third-party tools and applications, such as "Twitter Counter." Years ago, when Twitter was still new, third-party applications like Twitter Counter allowed users to keep track of followers, find new followers, and post their Tweets on a schedule. Nowadays, few people use such tools, because Twitter has since updated their system to be able to offer many of the same abilities. However, even though most users stopped using Twitter Counter, many of them forgot to disconnect the tool from their account, leaving them vulnerable to a cyber attack.

First, two-step authentication can be enabled on your account. While it seems more annoying to have to put in a password and a special code sent to your cell phone by text message or call, overall it can be worth it to avoid data thieves. Additionally, to make your account even more secure, you can choose a complicated password with a variety of letters, numbers, and symbols. Finally, make sure your password doesn't match that on one of your other accounts. If you use the same password for every platform, then if one account is compromised, they all will be. These quick and easy changes to your behavior online can help to protect you and make it much more difficult for hackers to make you their next target.

NASA and SpaceX Join Forces for Space Travel and Exploration 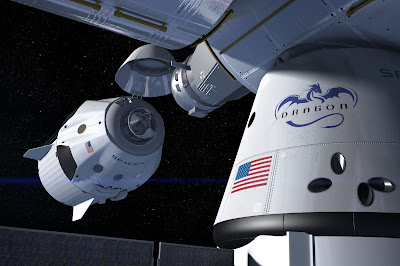 Even though NASA and SpaceX are both aiming to reach Mars and do more moon exploration in the coming years, they do not see themselves as competitors in the space travel industry. In fact, it is quite the contrary: NASA relies on SpaceX for cargo and astronaut delivery when its budget has been decreased and SpaceX relies on NASA for its technical experience and expertise. Neither one is likely to succeed in their space-based aspirations without the other. In Samantha Masunaga's L.A. Times article, she discusses some of the ways the relatively new company and the government agency work together to make their goals a reality.

NASA's budget today is approximately half of what it was in the 1960s, at the peak of the Space Race. So, in order to make delivery runs to the International Space Station or perform other space exploration, NASA has been working with SpaceX over the past several years to combine funding and experience. In 2006, SpaceX was chosen to help develop the Falcon 9 rocket and Dragon space capsule. About half the funding came from NASA and the other half from SpaceX, but it was the connection to NASA and the ability to work with experienced aerospace experts that helped SpaceX to grow so quickly.

In getting contracts with NASA to deliver equipment and people to the ISS, SpaceX gained massive credibility that would have taken much longer to develop any other way. NASA was able to get a private company's help in filling in their shrinking budget, especially as the space program was closed down, and SpaceX was able to build on their knowledge and become well-known in the industry as the main company in the private sector with such a close association with NASA. Today, SpaceX and Boeing are the two main contractors for shuttling astronauts to and from the ISS. Even if SpaceX is investing some of its own money in such missions, it makes sense, because the company gains popularity through being in the public eye.

Other private companies are getting in on the space exploration industry, but none on the same level as SpaceX. Blue Origin is doing research and development on lunar landers to be able to send deliveries to the moon. Virgin Orbit, a split-off from Virgin Galactic, is working on designing and building satellites. NASA, since the closing of the space program, has taken on the role of "development catalyst," encouraging and helping other companies to be able to break into the space exploration industry. It's a good strategy. By combining with other, newer companies with more funding, they will likely be able to one day succeed in some goals like the landing of humans on Mars, a mission that as of now seems improbable at best. With enough research and technological innovation, as well as teamwork between disciplines and companies, it could be a possibility in the years to come. 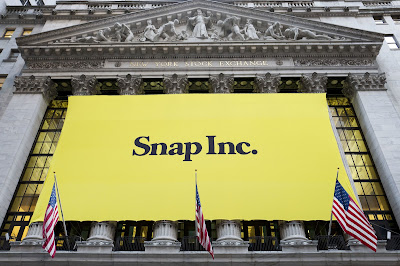 Snapchat has, since its release in September of 2011, continuously updated and found new ways to attract its expanding base of users. Most recently, the company was planning on adding functionality to help users find their friends and stay updated during emergency situations. From funny videos to reality-distorting filters, Snapchat has stayed technologically in tune enough to keep boosting demand and stay competitive with other social media networks. This week's L.A. Times article by Tracey Lien, Paresh Dave, and Nina Agrawal detail's Snap Inc.'s initial public offering (IPO) and what it means for the company as a whole.

On Wednesday, Snapchat's stock was priced at $17. Within 24 hours, it leaped to a closing price of $24 on Thursday, where it had peaked at $26 for a short time. That 44% gain is the kind of "pop" that can indicate massive success for a new stock offering. It usually means that the stock is in high demand among investors. However, it could also mean that the company purposely "left money on the table," setting the stock at a price lower than it was worth.

Analysts found that Goldman Sachs, Morgan Stanley, and other big investment banks had orders for 10 times the number of shares Snap was willing to sell, so they could easily have charged more than $17 per share in order to make extra money. However, in raising the cost per share, they risk reducing demand. While one or two dollars extra per share would have been unlikely to have any significant impacts on overall demand, if Snap had chosen to open at $22 or $23 per share, the market would probably have shown much less interest, and it's possible that the stock would have busted.

To many investors, it's far more impressive for a company's stock price to rise rapidly than to stay steady at an already-high price. It was a smart plan for Snap Inc. to set their stock price at a lower level, giving it room to grow. There is a possibility that if they had started it high it may have ended even higher, but in all likelihood, people would have shown much less interest in the company and not bought at such high levels. Either way, however, investors are unhappy if prices fluctuate too much from their original levels. Whether they start high and drop or start low and pop, investors become concerned. Therefore, the best way for a company to keep its investors happy is to try to predict a stock price that will stay steady through its IPO.