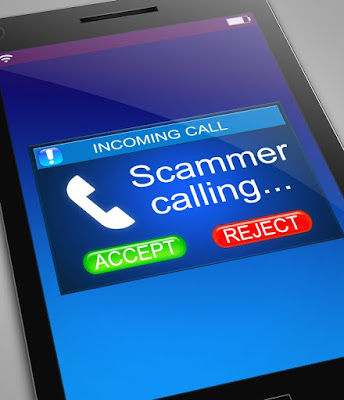 No one likes getting dozens of calls a day from people they don't know. Whether from robocallers, telemarketers, or scammers, it can be annoying or even costly to deal with unwanted callers. Millions of Americans have placed themselves on the national Do Not Call registry, which makes it illegal for telemarketers to call you, but scammers don't care if they're breaking the law. Fortunately, according to an article by the Associated Press of the L.A. Times, the Federal Communications Commission passed a set of rules this week that will give phone companies greater ability to block unwanted phone calls from reaching their customers.

Before this week, phone companies could already block some unwanted calls. They were able to prevent scammers from using some types of technology that trick callers with fake Caller ID numbers. With the help of the FCC's latest update, they can also block calls that are likely to be from scammers. Some examples are calls from 911 area codes and calls from phone numbers that haven't yet been assigned to any customers. So, by leveraging the rules and some relatively simple computer programming, the phone companies can develop an automated way to block the worst of the scams from reaching you.

Tens of millions of robocalls are received throughout America each day. Some of those calls are legitimate, from pharmacies alerting you about a prepared prescription or from your local congressional representative trying to garner support in an upcoming campaign. The calls that people have more of a problem with are those that claim to be the IRS or tech support. Those calls can be annoying at best, and in many cases, can lead to identity theft and other costs, especially among elderly targets.

Some phone companies have developed databases where users can input information about calls received, which over time, can help future recipients to avoid and quickly block scam calls. They are also working on other technology that can determine if a call is actually coming from the person they're claiming to be. Either way, there is no definitive way at the moment to make 100% sure that you can't be contacted by a scammer. That being said, you can reduce your risk by avoiding answering the phone to numbers you don't recognize. You can also hang up immediately if a call sounds like a scam, and avoid giving any personal information. Be careful. Scammers can do a lot with any information you give them, so don't give them that opportunity. 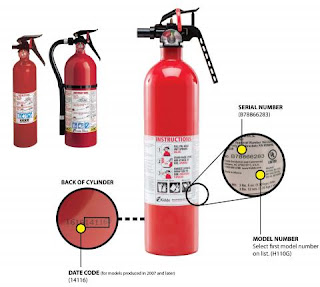 Emergency preparedness is important for everyone, both at home and at work. From earthquake kits to fire extinguishers, having the right equipment available can help you keep a bad situation from becoming disastrous. However, having a fire extinguisher won't do you much good in an emergency if it doesn't work properly. According to an article by the Associated Press of the L.A. Times, your fire extinguisher may currently be subject to recall.

The various extinguishers being recalled have been on the market for the past 4 decades, since 1973. Over 300 reports have been made of the extinguishers clogging or the nozzle coming off in emergency situations. Because of those issues, over a dozen injuries, nearly 100 reports of property damage, and a death have occurred. Kidde is offering replacement extinguishers to anyone affected by the recall. Their contact information is: (855) 271-0773 or at www.kidde.com.

Be safe. Emergency preparedness can go a long way toward protecting yourself and your loved ones (as well as your property) from irreversible damage. If you have a Kidde fire extinguisher, make sure to get it replaced ASAP. Even though the issues listed above were uncommon versus the number of extinguishers that worked properly, your safety is not worth the risk. Safety first!