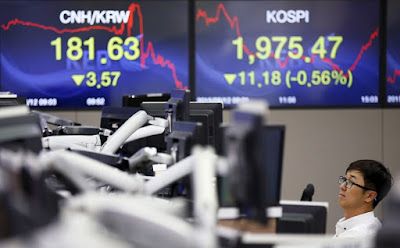 To shopping centers throughout the Southland, busloads of Chinese tourists are a necessary and regularly expected source of income. Especially in summer months, some places like the Beverly Center get an average of 70 such buses per month, full of tourists ready to spend. Shan Li, Samantha Masunaga, and Andrew Khouri wrote recently in their L.A. Times article about how recent devaluation of the Chinese yuan could have positive and negative effects on various California businesses.

Where 2.2 million Chinese tourists to the U.S. spent nearly $24 billion in 2014, 12.6% more than in 2013, many expect that such spending will likely slow down in the coming months. Up until recently, tourists found that their money would stretch much further on brand-name products in California than in China, but as the yuan loses value, that is beginning to change. Furthermore, even as a decrease in tourism hurts stores and shopping centers, it also affects sales on a larger scale. For certain luxury brands, like Coach, a decrease in sales to tourists leads to a decrease in earning, which causes stock prices to fall.

The current economic trifecta in China (slowing of the economy, devaluation of the currency, and a crackdown on political corruption) has led tourists to become more careful with their spending, according to Li, Masunaga, and Khouri. However, they point out that while the yuan loss in value hurts local retailers, it can actually be quite helpful for importers. For U.S. businesses that import Chinese products, the devaluation of the yuan means that the dollar stretches much further than it did before. Since importers will take advantage of this situation and increase purchasing, experts predict that California's ports will get plenty of use in the coming months. This will help to provide jobs for dockworkers, truck drivers, and warehouse workers.

Unfortunately for exporters, such positive outcomes are not likely. They are expected to suffer far more than local businesses due to the fact that import taxes in China can range as high as 20 to 30%.
Some tourists who come to the U.S. regularly anyway to visit family or send their children to summer camp may continue shopping in the U.S. for such luxury goods, but it wouldn't make economic sense for Chinese companies to continue importing American goods when the value of the yuan is so far outweighed by the value of the dollar. Costs would be much higher, especially on top of the exorbitant import taxes, and so it would be unlikely that American exporters would find business improving while the yuan's devaluation continues.

As Louis Glickman once said, "The best investment on Earth is earth." Analysts expect that as the yuan's value continues to plunge, Chinese investors will slow down the purchase of American products and focus on American real estate. Since the dollar remains relatively steady, many such investors will prefer to "park" their money in a building, rather than hold onto the quickly-devaluing cash. The increasing prevalence of property investment could help to dull the effects of the reduction in retail. However, economists warn that China's economy is connected to our own. If China's economy starts to fail, then that won't be good news for the U.S. 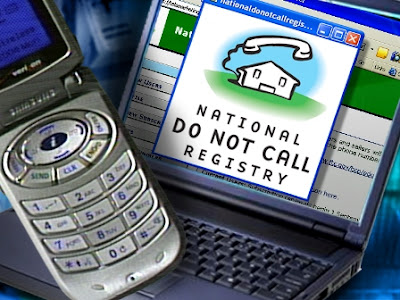 The National Do Not Call Registry, run jointly by the Federal Communications Commission and the Federal Trade Commission, was designed to be a way for consumers to avoid sales calls. Unfortunately, due to new technologies, so-called telemarketers have found ways to go around As Jim Puzzanghera discusses in his L.A. Times article, most people dislike receiving annoying and commonly fraudulent phone calls on a daily basis, which is why the FCC has proposed new regulations that could help consumers only receive the calls that they want.

The agencies receive about 150,000 complaints per month about robocalls, but there's not much they can do about it. Once your number is on the Do Not Call Registry, telemarketers are, in theory, not allowed to call you. However, as witnessed by many on the list, these calls still come through. By using internet-based phone numbers or routing calls through other countries, telemarketers are able to circumvent the law and contact those on the Do Not Call list. Until recently, consumers had to tell callers, in writing, that they no longer wish to receive sales calls. Under the new regulations, the calls can be stopped by asking the telemarketer "in any reasonable way at any time" to stop.

In addition to making it easier for consumers to stop sales calls on their end, the FCC's changed regulations will allow and encourage telephone providers to offer robocall-blocking tools to their customers. While robocalls can be annoying to those receiving them, they can also be costly. Some calls and texts rack up charges on a monthly phone bill. Many times, phone providers keep a significant portion of the fees charged by such third-party message services, a practice that has led companies like Verizon and Sprint to court in recent months. If the calls and texts were blocked in the first place, such charges would not be an issue.

Under the new rules, even if a company had previously received written permission from the owner of a phone number to make sales calls, the robocaller has to stop immediately once they find out that the phone number has changed ownership. In this way, the new owner will not have to be bothered by calls that were authorized by a previous owner. The new rules, however, apply to certain companies and not to others. For example, computerized calls from banks or hospitals are allowed if they are designed to help the consumer. Calls about possible fraudulent activity on a credit card or about medication refills are not considered"robocalls" in the classical sense by the FCC.

While law enforcement is working toward catching illegal telemarketers and putting a stop to some of the sales calls. the FCC believe that the most sensible way to stop the calls is directly at the source. If phone providers were to offer to their customers the variety of new services available to block such calls, consumers could at least avoid calls from the most notorious telemarketers. Some lawmakers worry that the new regulations could be harmful in that they prevent surveys and demographics studies from being performed on the general public. On the other hand, many consumers find survey-takers to be just as annoying as telemarketers. Altogether, these regulations could be a way to give consumers what they want. Stopping illegal calls and making consumers happy are the top responsibilities of the National Do Not Call Registry, and these new laws may help them fulfill their purpose.