Verizon's Acquisition of Yahoo Slows Down, Pending an Investigation into Data Breaches 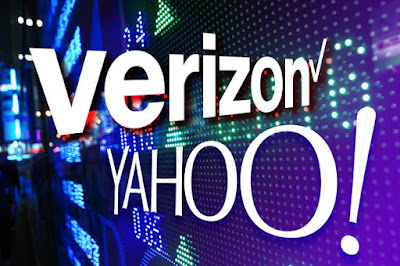 A previous post discussed how Yahoo Inc.'s financial difficulties had led the company's management to get more and more creative in trying to turn everything around. The post also mentioned that a sell-off might be Yahoo's only choice and that, if they did sell, Verizon Communications Inc. would be the most likely buyer. In the several months since that post was written, Yahoo had indeed decided to sell to Verizon. Unfortunately, while the deal was meant to close relatively quickly, Yahoo's recent data breaches have slowed down the proceedings and may lead to a withdrawal of Verizon's offer. In the meantime, however, as the Associated Press of the L.A. Times discuss in their recent article, Yahoo's profit margin has been expanding, even as its net revenue slips.

Even while dealing with the huge repercussions of their data breaches, Yahoo succeeded in improving their financial performance during the fourth quarter. In the fourth quarter of last year, losses were high, so it's good for the company that they have been able to cut costs enough to get some stability back. Over the past few years, Yahoo has been rapidly losing the online advertising market to more powerful competitors like Google. More precisely, Yahoo's revenue from ad sales fell by around 4% in the one quarter. While that may seem like a lot, it's better than the double-digit losses seen over the previous four quarters. Because online advertising is a large portion of the company's income, it makes sense that financial considerations are forcing them to close up shop.

Yahoo announced this week that the $4.8 billion sale of its internet operations is expected to be delayed for at least 3 months while Verizon performs more due diligence and Yahoo faces an investigation by the Securities and Exchange Commission regarding the security breaches. In not just one, but two attacks, hackers were able to gain access to Yahoo's servers containing email addresses, birthdates, and other personal information of more than a billion users. It wasn't just fact that the breach occurred that triggered federal interest; it was that the breaches happened years ago, in 2013 and 2014.

To investigators in the SEC, Yahoo's delay in releasing information about the breaches makes the company seem guilty. Although the SEC claims that Yahoo is complying with requests that the investigators and governmental agencies have made, there are still worries among customers that the company is hiding something. Because of those suspicions, Verizon seems to be slowing down the purchase, no longer sure whether they want to even buy the company anymore. If more negative information comes out after the sale, then Verizon will suffer the losses caused by people's uncertainty. They made the smart move in pushing off the sale by a few months, in the hopes that all of the bad publicity may die down by then.

Internet Connectivity is Becoming a Staple on Many Domestic Flights 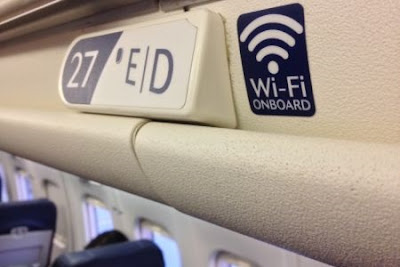 Internet access is considered a "must-have" by many Americans, especially when on te move. In an increasingly spread-out and mobile world, consumers want constant access to the Internet to keep in touch with family and friends, or just as often, to get their work done. Long bus, train, or airplane trips can either be several hours of stress for a businessperson, or the perfect time for them to get through some of their work. Because of that, Wi-Fi aboard all forms of transportation has become more commonly provided throughout the country. In his L.A. Times article, Hugo Martin discusses Wi-Fi aboard airlines and their increased prevalence in recent years.

When Wi-Fi on airlines was introduced just a few years ago, it seemed like an overpriced gimmick that no one was really using. Eventually, though, as smartphones became more popular, airline passengers had a way to surf the Internet without lugging around a bulky laptop in their bag. So quickly that no one could tell when exactly the trend shifted, in-flight Wi-Fi became a highly-demanded amenity. From businesspeople keeping up with work emails to the average Joe checking their social media accounts, the technology had to quickly catch up to provide high enough speeds for users to feel like the high prices they were being charged were justified.

In-flight Wi-Fi has become so prevalent that a recent study showed that a passenger has an 83% chance of having access to the Internet on a domestic flight, which is up from 74% in 2015. Unfortunately, that same research found that the chance of having internet access on an international flight is only 28%. The three airlines with the most internet connectivity are Emirates, United, and Lufthansa, especially on long-distance flights where the demand would be higher.

While many American companies are trying to keep up with the trend, some are providing Wi-Fi that is good enough to check emails, but not good enough to stream a movie or TV show. Still, there a significant number of companies, including JetBlue and Southwest Airlines that are aiming to outfit all of their planes with high-speed internet connectivity by the end of the year. JetBlue's will be free, while Southwest's is expected to cost about $8 per day, per device. Overall, for most users, a high-speed internet connection while traveling is well worth similar fees. Eventually, it seems, in-flight internet will likely become an included amenity, available on all airlines. Only time will tell how long it will be until that becomes the status quo. 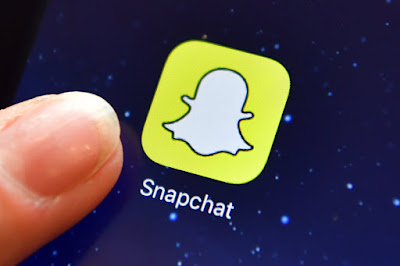 In late 2011, a group of Stanford students came together to develop a new kind of social media platform, which they called Snapchat. Snapchat was unique in that it aimed to allow virtual communication with the same level of emotional range that one might expect from an in-person conversation. To accomplish that goal, Snapchat was designed to be impermanent in that all messages, pictures, and videos sent through the app would be deleted after the recipient had viewed them. The new concept took the social media world by storm and brought in many users, especially among the teenage to early twenties demographic.

Eventually, however, the buzz died down and many users became bored of the concept, turning to standard social media platforms like Facebook and Twitter for their day-to-day use. Snapchat kept updating their software, adding features to make it more interesting to use, but some people didn't see a purpose in sharing 10-second blurbs of their life. It wasn't until late 2015 that the company made a big change that brought in so many more users: filters. Their filters gave users the ability to change their appearance, voice, or background, thereby making photos and videos more of a fun experience to share with friends. Since then, Snapchat has been continuously adding to their supply of filters, getting more and more detailed by the day. Most recently, as Paresh Dave described in his L.A. Times article, Snapchat is making another big change, a search bar that will make the platform that much more similar to competitors like Facebook.

Besides the fact that the new update seems to stray from the company's original plan to be different from other social media platforms, the search bar seems to be a great addition. Not only will users be able to look up friends by name, they will also be able to efficiently find celebrities and companies that they want to follow. Additionally, all users will have the ability to send their Snaps to the company for the chance to be featured publicly, a feature that was once limited to specific locations and events. Perhaps the coolest part of the new update involves the use of artificial intelligence to identify objects or people in public videos. In that way, a user could choose to view any Snap containing a specific product or featuring the image of a politician or some other famous person.

Because Snapchat is now allowing public submissions from anyone around the world, they are making their users happy and are granting themselves access to far more content. If users are willing to send in their own funny or thought-provoking images and videos, then Snapchat doesn't have to invest money into coming up with their own. Their AI will sort the Snaps based on event or location, which could be helpful for real-time coverage by real people in the event of a natural disaster or local emergency. All of these changes to the app seem to be timely and will hopefully be quite effective in both helping the company grow and allowing users to connect easily. 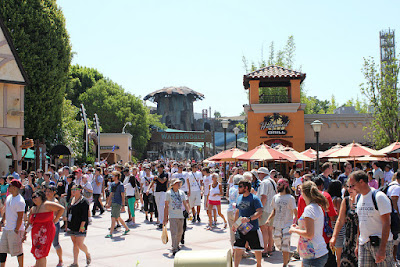 Since its creation, Disney Parks and Resorts has held the lead based on annual attendance among amusement park corporations, both in California as well as the world. While Universal Studios has come in second place in California and third in the world (behind Merlin Entertainment Group, a UK-based company), it was never a close competition. Disney's parks have regularly seen triple the number of visitors as Universal's, but this year, the gap may be closing. As discussed in Hugo Martin's L.A. Times article, attendance at Universal Studios Hollywood has been growing rapidly, so much so that the park reached its maximum capacity and had to close its gates to incoming guests this week.

It will take much more than a single good week (especially one during winter break, when many people have time off of school and work) for Universal to see greater attendance than Disney. In fact, it is unlikely that Universal will take the lead any time in the near future, mainly due to size and capacity limitations, but the increased demand has shown that Universal's recent investments into new attractions are starting to pay off. after the huge success of "The Wizarding World of Harry Potter" at their Orlando park, Universal finished construction on the smaller Los Angeles version last year, which led to a massive surge in the park's popularity.

Harry Potter World has brought in many more visitors as well as thousands of dollars in spending on souvenirs and food. However, that new portion of the park is not the only thing that has increased the park's popularity. Since 2014, Universal has invested over $1.4 billion in revamping and improving their Hollywood-based theme park. Their new Fast and Furious ride has caused improvement among some demographics, and their Minions/ Despicable Me attractions gathered interest on the other end of the spectrum. One of the biggest attractions to the park, besides The Wizarding World of Harry Potter, has been a haunted maze themed after AMC's popular show, "The Walking Dead." Universal has been making changes throughout the park, targeting all of their demographics, which seems to be a good strategy to help them get an edge on the competition.

New Year's Day at Universal Studios Hollywood saw record-breaking numbers, but those records were broken again and again throughout the week. In 2015, the park had seen an average of 20,000 visitors per day, but the number has been rising in leaps and bounds over the past year. This week, when demand was higher than ever before, wait times ranged anywhere between 30 minutes and 2 hours for their most popular attractions. While those numbers are nowhere near as high as those at Disney's parks, Universal may need to look at addressing the issue if they don't want to upset too many potential customers. However, studies have shown that people prefer waiting in long lines rather than not being allowed in the park at all, so closing the gates (except for reasons of legal capacity) may not be the best solution either.