Alphabet to Surpass Apple as "World's Most Valuable Company" 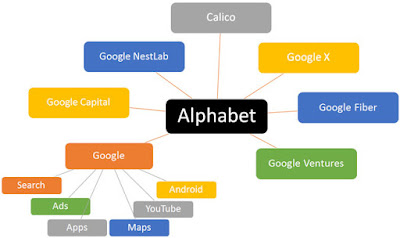 For years, Google Inc. was always known for its internet/computer science businesses, including its online search database, maps, advertising platform, YouTube, Android, and more. In recent years, Google began investing more and more time, effort, and money in other kinds of technologies. From healthcare devices to drones to self-driving cars, Google has had its hand in many types of technological innovations. Unfortunately, that led to a somewhat unwieldy business model, in which every product/ technological focus was grouped under the single title of "Google." Paresh Dave and Andrea Chang discuss in their L.A. Times article how Google recently underwent a business shift and created a new corporation, Alphabet Inc., within which several subgroups focus on different realms of Google's technological goals.

Not only has the creation of Alphabet Inc. made the business more structured, it also has generated plenty of investor interest. In fact, according to Dave and Chang, Alphabet Inc. is well on its way toward claiming the position of "world's most valuable company" from competitor Apple Inc. In the fourth quarter, Alphabet showed that profit had grown by double-digits, and proved to investors and the world that projects like self-driving cars and virtual reality glasses were not wasting resources, but instead earning revenue. Where analysts expected Alphabet to earn $16.9 billion, the company surprised everyone by reporting $21.3 billion in revenue, an improvement of 18% over the course of two years.

Last summer, when Google first began changing to the Alphabet structure, the company aimed to separate online ventures from those involving physical technological innovations. Each of the individual units of Alphabet is designed to have flexibility over its own budget and operations, but in the end, Alphabet itself will keep watch over each sub-business and make the major business decisions. Certain ventures labeled as "Other Bets," which include YouTube and smart-thermostat maker Nest, had a loss of over $3 billion in 2015, which was to be expected, according to Alphabet's analysts. Loss is expected during the R&D stage of technological innovation, but executives believe that the loss is at an acceptable level based on predictions of future revenue.

Alphabet's momentum seems almost unstoppable. In the past year alone, Alphabet's stocks have risen more than 40% in total. On the other hand, Alphabet's major competitor, Apple, is having plenty of problems that have led their stock values to fall. As mentioned previously, much of Apple's recent troubles have been closely linked to the company's reliance on a single product: the iPhone. Since iPhone sales have gone down, Apple's stocks have taken a plunge. Alphabet's new business model will help to reduce the chances of a similar situation taking place, since the variety of sub-businesses means that even if one sub-business has trouble, it will have little effect on the company as a whole.

Overall, economic analysts believe that Alphabet will keep improving and that its stock prices will continue to increase. Executives have seen continuous increases in the number of users of Gmail and the Google Play Store. They also expect that advertisements on Google and YouTube will be very important for Alphabet's future revenue. Since Alphabet's creation, revenue rose nearly 14% and profit for the year rose by 16%. In the past year, Alphabet also added over 8,200 new employees. As you can see, Alphabet seems very confident about the company's future growth and is planning accordingly. 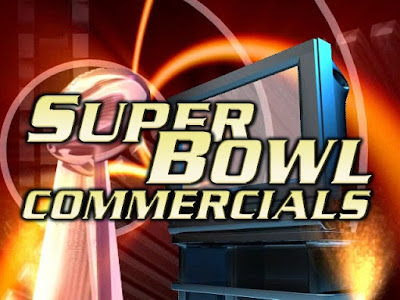 Each year, millions of Americans spend their weekends watching football games. Some go to stadiums, where they can experience it first-hand, while many others watch the games on television, from the comfort of their own homes. No matter how they're watching the game, the National Football League (NFL) is making plenty of money from their viewership. Last year alone, the NFL's 34 teams brought in a total of over $7 billion in revenue. Of that total, hundred of millions of dollars came from one game in particular: the Super Bowl. This revenue comes from a combination of ticket sales, merchandise sales, and, most of all, advertisements. Michael Hiltzik discusses, in his L.A. Times article, the Super Bowl and how its advertising goals have changed over time.

Several estimates claim that, depending on several factors, the Super Bowl's host city can gain up to $100 million in extra revenue during the week of the big game. Between money spent on hotels/motels/Airbnb rentals, money spent on tourist attractions, and increased spending at restaurants and other such establishments, the Super Bowl provides a huge amount of income for local businesses. Yet, the largest portion of Super Bowl income has to do with advertisements by big-name companies like Apple and Coca-Cola. At the 1984 Super Bowl, Apple Inc. aired a commercial that was so successful that it set an expectation for all future Super Bowl commercials.

Apple's commercial was a pull-out-the-stops production, directed by Ridley Scott (who had previously directed "Alien" and "Blade Runner") and starring Anya Major, a British actress and discus-thrower. The commercial, which was championed by Steve Jobs, made Apple's CEO, John Scully, doubtful, yet eventually was approved and made its way to the television screen. The commercial itself was greatly influenced by George Orwell's novel, 1984, which depicts a dystopian society. The commercial concludes with Major's disruption of Big Brother's Stalin-like speech and announces: "On January 24th, Apple Computer will introduce Macintosh. And you'll see why 1984 won't be like '1984.'" This appeal to nationalism and patriotism called to many Americans and the commercial came to be known as one of the most successful of all time. You can watch the full commercial here.

Given the millions of people that watch football each year, it makes sense that companies would want to take advantage of the large audience to advertise their products and services. Since the NFL knows how much each time block is worth, they charge a high price to those who want to advertise during the game. Everyone benefits from this relationship: advertising provides companies with a larger consumer base, which creates an opportunity for more sales and greater revenue, and the NFL makes money selling airtime to advertisers. The Super Bowl especially creates this opportunity, as over 100 million people watch the game, many of whom aren't even football fans.

The aforementioned 1984 Apple commercial is considered by many to have been the trigger that got many people interested in the Super Bowl for more than just football. When the game is half over, the Super Bowl has its famous half-time show, in which a popular musician or other artist puts on a performance while the players take a short break and regroup. Even more popular to viewers are the long-awaited Super Bowl commercials, which are expected every year to surpass Apple's amazing 1984 commercial, and yet never quite succeed. In fact, there are viewers that don't care about the game at all, but instead watch it in order to experience the game's half-time.

While no company has yet to produce a commercial with nearly as much fame and success as Apple's 1984 commercial, viewers still watch the Super Bowl every year, in hopes that the half-time commercials will amaze and inspire as they did before. Advertising during the Super Bowl has become a marketing standard, a sign of a successful business. Even though IBM's personal computers eventually took over a large portion of the home and office markets, Apple's success in business is nothing to be scoffed at either. Maybe this year's commercials will be able to emulate Apple's marketing success? There's only one way to find out.