Twitter Inc. to Shut Down Vine and Lay Off Hundreds of Employees 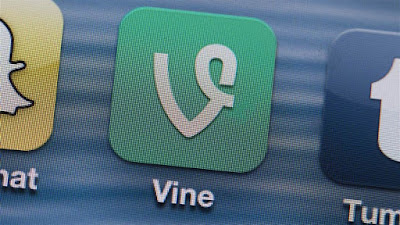 Five years ago, Facebook and Twitter got into a battle over who would ultimately purchase Instagram. When the more-powerful Facebook ultimately purchased Instagram, Twitter took a risk and went for the unheard-of Vine app. In the short-run, Vine was a far cheaper investment and ended up with millions of users. However, now that live video streaming seems to be the way of the future. According to Paresh Dave, in his L.A. Times article, Twitter is being forced to stop all future development on Vine and cut approximately 9% of its workforce to make ends meet as their profits continue to decrease.

Vine is an app that enables users, especially those with comedic talent, to share short videos, limited to approximately 6 seconds. Many people have gained viral fame due to Vine, including comedians like Thomas Sanders and singers like Shawn Mendes. Unfortunately, even though Vine gained massive popularity, it only lasted a few years before users and advertisers realized that YouTube and other platforms would be more lucrative. As one analyst stated, there are too many alternatives for video advertising to have a successful app that limits clips to 6 seconds.

Vine isn't the only thing Twitter Inc. is getting rid of, though. In order to save around $100 million per year, even after severance pay, Twitter plans to lay off approximately 350 of its 3,900 employees. Unfortunately, analysts don;t believe that the cuts will be enough in the long run. While Twitter's revenue is up 8% from last year, in part due to advertisement sales, it is also showing a loss of over $100 million per quarter. Twitter executives seem confident that the addition of live-streaming capabilities will enable the company to be more successful in the future, but that remains to be seen.

One of the main problems that analysts have pointed out regarding Twitter Inc.'s business is that users are too limited. On Twitter.com, posts are limited to 140 characters, and on Vine, videos were limited to 6 seconds. Users don't like limits, especially when they are so small. At least on Snapchat, videos have a slightly longer 10-second limit, nearly double that of Vine. There has been some talk in recent years of Twitter raising their character limits, but as of yet, that has not come to fruition. Logically, longer messages and longer videos would have more space for advertisement, so if Twitter wants to stay competitive, it may have to adapt to the longer format used by most platforms. 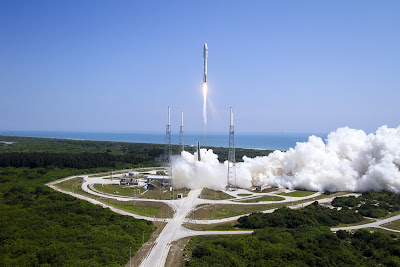 The International Space Station (ISS) currently houses three astronauts: one each from Russia, Japan, and the United States. Those astronauts live and do research in the floating structure 250 miles above the Earth, and as such, need a steady supply of food and equipment to stay alive. Two years ago, on October 28, 2014, an unmanned Antares rocket from a company called Orbital ATK exploded on takeoff, destroying the rocket, launch pad, and the entire shipment of supplies. Fortunately, Orbital ATK seems to be making a return to the market. Just this week, as detailed in an article by the Associated Press of the L.A. Times, a newly rebuilt Antares rocket took flight, carrying over 5,000 pounds of food and other supplies for the astronauts on the ISS.

The rocket's flight was in view for watchers throughout the East Coast, as far north as Boston and as far south as Charleston.  Besides the fact that the renovations and repairs cost over $15 million, the engineers of Orbital ATK were very relieved when the rocket launch was successful. because it meant that they could get back into the business of supplying the ISS. Over the past two years, since Orbital ATK was out of commission, NASA's sole source of supplies was SpaceX. When the American space program first ended in 2011, government-owned shuttles were forced into retirement, which gave SpaceX and Orbital ATK room to take over.

Orbital ATK was doubtful about its ability to launch over the past few weeks, due mainly to the hurricane weather in the region, but the success of their rocket has brought the company back on track. Analysts expect that the next space-related venture to be commercialized will be flights to transport crew members of the ISS. NASA also hopes to get astronauts to Mars by the 2030s, which would mean the next goal for companies like SpaceX would be commercialized transport to Mars and other planets in the future. Orbital ATK's newly regained ability to send rockets into space has granted the company a spot in the competition for control of a future commercialized form of interplanetary travel.

The payload of supplies released by the Antares rocket, stored in a Cygnus capsule, is currently orbiting the Earth, waiting a few days before it will break free of the orbit and make it all the way to the space station. The reason for the delay is that a new crew of three astronauts is set to launch from Kazakhstan this week, and NASA wants to give them a little bit of time to get settled on the ISS before they have to immediately begin unpacking supplies and beginning the experiments. Especially because their last rocket exploded before it ever left the ground, many people were wary that a similar outcome could be expected this time. The success of Orbital ATK's rocket speaks volumes for their position in the future market of commercialized space transportation.

Workplace by Facebook: The Newest Social Media Platform for Businesses 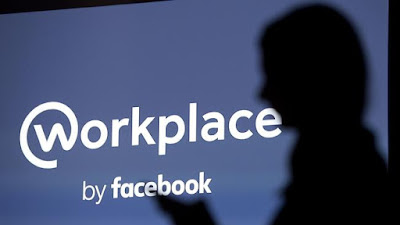 Many businesses have Facebook pages where they do a lot of their social media marketing. In fact, Facebook's statistics show that they have over 50 million pages dedicated only to small businesses. Additionally, over 41% of small businesses in the U.S. operate on Facebook to some extent. In Facebook's latest attempt to draw more demand, the company has created a new platform targeted specifically at businesses, non-profits, and other organizations. As described in an article by the Associated Press of the L.A. Times, the new platform, called Workplace, has several distinct differences from Facebook's business uses.

While Facebook business pages have the option of producing advertisements and sponsored/ promoted posts, Workplace boast a complete absence of ads but makes up for it by charging its users a monthly fee. Sensibly, Facebook has committed to certain price ranges based on the number of active users. If active users number under 1,000, they charge $3 per user per month. For 1,000 to 10,000, the price is $2 per user per month, and for any number of active users above 10,000, the price will be only $1 per person per month.

For the last 18 months, Workplace (originally called Facebook at Work) was only available to select organizations by invitation. Now that it has begun to be released to the general public, Facebook hopes that demand will grow quickly. Workplace has some similarities to normal Facebook, but also seems to take some notes from LinkedIn, in that it has a news feed and the ability to build profiles and connect with coworkers and people in similar fields. In theory, Facebook believes that Workplace's set-up should be pretty easy for users to grasp since its layout is so similar to Facebook's.

Growth doesn't seem to be much of a concern for Workplace. Even under the invitation-only system, users more than doubled over the past six months, from approximately 450 businesses to over 1,000. In general, Workplace is a communication tool that helps "connect everyone." Its algorithms are different from Facebook, which means you should see more content that actually pertains to you. Additionally, the platform is supposed to be a great facilitator for group chats and video calls, which can help tie together the employees of even the largest companies. At this point, it's hard to tell whether Workplace will be the next big thing, but knowing Facebook, it is very likely to become popular sooner or later. 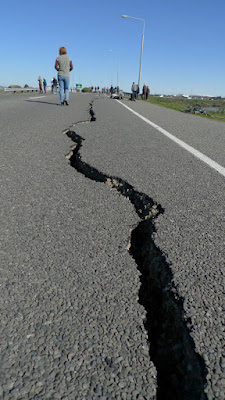 For a very long time, seismologists (people who study earthquakes) believed that earthquakes could only happen in the Earth's crust layer, no more than 15 miles below the surface. A recent discovery by researchers at Caltech turned that assumption on its head. As Rong-Gong Lin II wrote in his L.A. Times article, it turns out that some earthquakes actually have the ability to travel deep under the surface, to the mantle level, which can multiply the quake's power many times.

Some of the earthquakes took place so far under the surface that the state-of-the-art sensors employed by the Caltech researchers barely sensed them, which explains why conventional seismometers have failed to pick up the signals in the past. Basically, what the researchers discovered is that the largest earthquakes are those that spent some time percolating in the mantle. One example was the 8.6 earthquake that happened in the middle of the Indian Ocean in 2012. At the time, science's understanding of how earthquakes work could not explain how an earthquake that large had happened.

If these greater-strength quakes were possible, areas around the Newport-Inglewood fault or the San Andreas fault could be at risk. Fortunately, the researchers have so far only found evidence of microquakes (2.0 or less) that originated in the deeper layers. It is possible that the deeper-level quakes are more spread out and don't usually join together, which could mean that they would only cause small microquakes. If a quake on the scale of magnitude 3 or 4 were to be detected in the mantle, concerns would likely be raised, but right now, researchers have asked for more time to study and learn more about the way earthquakes work.

Additionally, research performed in areas other than the Long Beach portion of the Newport-Inglewood fault line did not show nearly as much evidence of deep quakes. Some evidence points to liquids flowing up from the mantle in certain beachside areas, so that may contribute to Long Beach's increased risk for deep quakes. At the moment, there is no way to tell if deep-level quakes are as large a risk as they could be. Perhaps it is only an issue in Long Beach; maybe it's only an issue in cities that border the ocean. Only time and a lot more research will reveal the truth.