Uber to Make Improvements to App After CEO Resignation 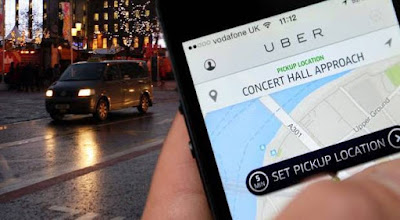 Uber has been going through issues lately with maintaining a positive public image. Various scandals, especially regarding its CEO, have been hurting the company's public relations, which can hurt its bottom line. Ever since the CEO, Travis Kalanick, recently resigned, the company has been working to regain customer loyalty and get back a portion of their market share that had been lost to Lyft and other competitors. Tracey Lien's L.A. Times article outlines some of Uber's planned changes to make the rides better for riders and drivers alike.

Uber's first planned change is to enable a feature that Lyft has had for a while: passengers will be able to tip a driver through the app. By adding this capability, Uber hopes to show its users that the company cares about improving relationships between drivers and passengers. Additionally, in an effort to make the relationship less one-sided, Uber's policies on ride cancellations is changing. Previously, riders had 5 minutes to cancel a request after summoning a driver, which often left drivers sitting around for a while, waiting for passengers that might cancel at the last second.

The changes make it so that a customer has only two minutes to cancel without paying a $5 penalty, and riders will be charged per minute for keeping their driver waiting for them. In this manner, riders have fewer opportunities to take advantage of their position, in much the same way that enabling both parties to see their own ratings could help both rider and driver modify their behavior in the relationship, which makes for a more pleasant overall experience.

Many of Uber's changes are intended to improve driver-rider relationships, to show that the company cares about its users and to improve customer loyalty. However, one change seems to both address a concern raised by users as well as expand Uber's user base. There are many potential users out in the world who don't own a smartphone or don't have access to mobile internet. To address this problem, Uber's latest update will allow a customer to book a ride for someone else. The driver will receive the passenger's contact information, and the passenger will receive a text message with the driver's description and a link to track their route. This feature is especially useful for seniors and other users who may not be as tech-savvy.

Some of the features designed to benefit the senior demographic were already made available through services run through third parties. For example, Uber has a partnership with 24Hr HomeCare that allows customers to book rides via a phone call rather than through the smartphone app. Additionally, there are other services called GoGoGrandparent, Instacart, Munchery, and Postmates, that all utilize telephone calls to allow users to book rides or have food or groceries delivered. So, it seems that Uber is getting into that portion of the market a bit late. Hopefully, all of the proposed changes will do enough to overpower the negative influence that months of scandals formed. 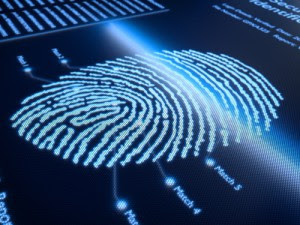 In this day and age, partly due to continually advancing technological innovation, the ability to avoid time-wasting activities like waiting in lines has become a necessity for many consumers. People value their free time and want to save as much of it as possible for activities they enjoy. For example, when people fly in an airplane, whether for their job or on their way to a vacation, they don't enjoy how long it takes to make their way through security and check-in lines. Fortunately for many, according to Hugo Martin's L.A. Times article, passengers leaving from Los Angeles International Airport may soon have the option to speed through check-in using iris scans and/or their fingerprints.

Depending on the type of flight and time of year, it can take anywhere from 20 minutes to 2 hours (or sometimes even more) for a passenger to get all the way through check-in and security before they are finally able to get to their boarding gate. For many people, especially the more affluent travelers and people who travel often for business, it can be worthwhile to pay a fee to get through security faster. Well, a company called Clear just installed new kiosks at LAX that allow passengers to use biometric markers to get through security. The service is membership based and costs $179 per year so it would be the best deal for frequent fliers.

Clear already has connections to 22 airports and 6 sports arenas around the country, so LAX is not their first foray into the world of biometrics. Accounts can be easily made at one of the kiosks by scanning a government-issued form of identification, answering some questions, and having one's iris and fingerprints scanned. After the short process to set up the account, check-in becomes faster and much more convenient. When using Clear to check-in, passengers get to interact with Clear employees (LAX has approximately 90 such individuals), bypassing most of the line and moving directly to the X-ray portion of security.

Clear may be one of the biggest presences in the field of biometric security, but other companies are beginning to get in on the industry, as it is likely to keep growing in the years to come. Jet Blue and Delta have begun using facial recognition and fingerprint scanning for the checking in of some of their premium passengers. Not only does scanning someone's fingerprints take much less time and is more convenient than classic methods, it can also be a more secure method. If biometric check-in were to become mainstream, wanted suspects would potentially be unable to get through security without raising an alarm, because their fingerprints and iris scans would be in the system.

However, that can also raise the question of privacy concerns. What will the companies do with all of that biometric information if this practice became mainstream? Would the police be able to get a subpoena for someone's fingerprint scans if they are a suspect in a crime? Many potential issues could arise from the integration of biometrics into security protocol, but many benefits are inherent as well. For now, it is only being used by a subset of passengers as a way to save time and make life more convenient. Everything else is too far in the future to know definitively now.

Energy is one of the most important commodities in this day and age. Whether it comes from fossil fuel, natural gas, or green sources, energy is a necessity in our increasingly technological world. Up until recently, California legislators had plans to build new natural gas power plants and renovate some older ones that run on fossil fuels. According to Ivan Penn's L.A. Times article, they are instead looking at other potential options for energy generation throughout the state.

Before this week, a $2.2 billion plan was in the works to fix up some older natural gas power plants and get them ready to produce electricity. The Los Angeles Department of Water and Power put that plan on pause while they look into green electricity alternatives. Among a few other reasons, this change in trajectory is likely due mainly to recent investigative journalism that found that California has an oversupply of electricity, which drove prices up instead of down as expected.

It is expected that by 2020, the state's power plants will be able to produce over 20% more electricity than is needed, which will lead to Californians being stuck with a $40 billion-per-year bill for energy they're not even using. Even after reducing energy usage and installing more energy-efficient appliances, Californians will still be paying almost $7 billion more for electricity than they did in 2008, the state's record high.

Now that the LADWP sees that generating more power from natural gas is not going to solve the problem, they have to turn to other alternatives. Because so much energy is produced that is not being used, it makes more sense to look at different ways of producing energy rather than methods of producing more energy. For example, many homes are beginning to install personal solar panels and batteries to store excess collected energy. Solar farms or wind turbines could be a potential source of green energy for the state.

No matter how the LADWP ends up generating the proper amount of electricity for the state, it seems clear that natural gas will not be invested in without a fight. It will be difficult to hide oversupply, especially if the excess energy comes from sources that are not environmentally friendly. Legislators hope to have California 100% reliant on renewable energy by 2045. This is just the first step, but with enough work, it could be a feasible goal. 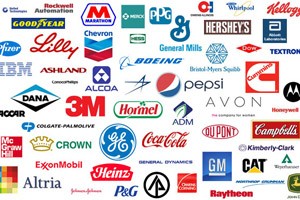 The well-known "Fortune 500" is a list of 500 of the nation's top companies, published each year in a list by Fortune Magazine. The companies are those that bring in the most revenue and show the highest profits, which means they are likely to do well in the coming year. Basically, they are the 500 best companies on the market in a given year. Many, especially in recent years, are tech companies, and some have even been on the list for many years, even decades in some cases. According to Makeda Easter's L.A. Times article, of the 500 companies, 53 are based in California.

While California is not the number one state in regard to their number of Fortune 500 companies, California falls in a close second behind New York's 54 companies. The remaining 400 or so companies have headquarters spread throughout the rest of the country. California has two companies ranking in the top 10 of the Fortune 500 list: Apple is in third and McKesson Corp. is fifth. Trends show that California's biggest earners are technology companies and pharmaceutical/biotech companies.

Even with some companies having difficulties with slowing sales or scandals within their board of directors, California companies still improved quite a bit this year. Chevron came in 19th place on the list and Wells Fargo unexpectedly rose to 25th place, even after recent bad publicity. In Los Angeles specifically, construction company Aecom was in 161st place, real estate firm CBRE Group was in 214th, and Reliance Steel & Aluminum Co. placed 320th.

The percentage of companies with women CEOs that make it onto the Fortune 500 list is very small, only about 6.4% of the 500 companies. However, of the 32 companies on the list with women CEOs, 7 of those companies are based in California. Apple Inc., which is based in Cupertino, California, made the largest profit this year, at approximately $46 billion, but Wal-Mart still holds the number one spot on the Fortune 500 list based on revenue alone. Approximately two-thirds of the US's total GDP come from the 500 companies on the list. If trends continue as they have been, California's companies could end up being the most valuable on the list in time.