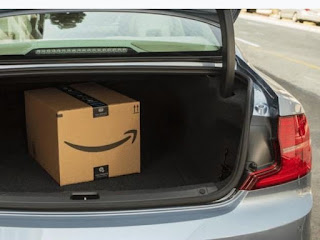 Even in the midst of widespread concern among consumers about their private information and how corporations might be able to use it, Amazon has a brand new delivery feature that they are looking to offer. The feature essentially boils down to this: on specific models of cars (especially those built in 2015 or later), if given permission by the consumer, Amazon deliverers would be able to deliver packages straight into the trunk of a car parked anywhere. David Pierson and Tracey Lien's article in the L.A. Times outlines some of the positive and negative aspects of such a proposed service.

In this modern age, many consumers like features like the one Amazon is proposing because it can make life easier. They don't have to make sure to be home for a delivery, boxes don't get left on a porch, and generally, their deliveries are safer and better protected. Many consumers also like to integrate as much technology into the experience as possible and would value the ability to order something from the road and have it appear in the trunk of their car a day or two later. The move is also good for Amazon because it brings their consumers tighter into the Amazon network, making them more likely to choose to shop with Amazon again in the future.

On the other hand, especially in the aftermath of the Facebook/Cambridge Analytica data scandal, many consumers are wary of giving companies more of their personal private information. It is well-known that Amazon makes money off of selling the data of their customers. They sell advertisement space based on what a customer had searched for on their site in the past. With the integration of in-car delivery, Amazon could also track physical locations, length of time at those locations, and how often the consumer goes to those locations. All of that data is useful to Amazon and its advertising customers, but its also something that most consumers don't want companies to have access to.

Amazon is taking a big risk with this and other somewhat invasive delivery features like in-house delivery. If they're able to become an industry standard before the government gets involved, they could avoid being blocked by regulations. But, if they fail to win over consumers, they could be the reason for even stricter regulations. Amazon, just like other large companies, wants to get as much access to as many lives as possible. The more information they have, the more they are able to adjust their marketing to keep consumers even more involved. It's an endless cycle that locks customers in for life. 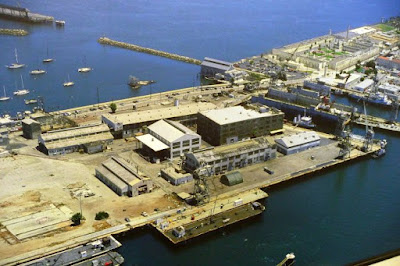 Space exploration has been a topic of interest for the past several decades of human history, ever since humans first figured out some of the mysteries of rocket propulsion. From the Space Race to landing on the Moon to the International Space Station, so much effort and many resources have gone into traveling space and learning more about it. Within the past decade or so, the United States government elected to put an end to their space exploration program, citing budget concerns. Fortunately for the industry, a private company called SpaceX stepped in and is now working on the rocket ship that may one day take humans to Mars. According to Samantha Masunaga's L.A. Times article, the Los Angeles Board of Harbor Commissioners unanimously voted this week to allow SpaceX to build a facility at the Port of L.A. where they will be working on their latest BFR rocket-spaceship combination project.

While the project isn't expected to start for at least 2 to 3 years, it is expected to provide many new jobs in the area. The lease will be for 10 years, with options for 20 or 30, at SpaceX's preference, and rent for the 19 acres of land will be over $1 million per year. SpaceX will also be given the ability to get the rental rate lowered by making significant improvements to Terminal Island, where the Port is located, in the first 20 years of operating there.

The BFR, which stands for Big Falcon Rocket, is expected to be the largest and most advanced rocket of the generation. At 340 feet tall and 35 feet in diameter, SpaceX plans to use the rocket to replace their current go-to, the Falcon 9, for the eventual colonization of Mars as well as for trips to the Moon. The first phase of construction has been planned, involving an 80,000 square foot "hangar-like" building. In the second phase, the facility will be expanded to 200,000 square feet. And, all the while, SpaceX's 40-person design and production team will be working on plans for the actual rocket itself.

The government's decision to grant SpaceX access to the land on Terminal Island seems to fit the right balance. Even though it was great for national pride, the space program had to be shut down because it simply wasn't affordable anymore. By facilitating the efforts of a private company to explore outer space, the government is simultaneously remaining involved in the exploratory effort, enabling the clean-up and improvement of Terminal Island, and is bringing in some revenue, rather than taking a deficit in regards to outer space. Perhaps there are other industries that would be better served by a partnership between the government and private industries.