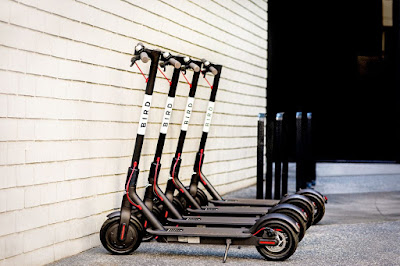 Several electric bike and scooter-sharing companies have started up within the past couple of years. One of the biggest companies flooding the streets of major cities like Los Angeles, Santa Monica, and San Fransisco is Bird, now referred to as the Uber of scooters, which seemed to appear out of nowhere less than a year ago. But, while the scooters have grown ever more popular among their growing base of users, Bird has faced backlash from the cities and some of their residents. According to Tracey Lien's L.A. Times article, despite Bird's efforts, the users of the electric scooters consistently ignore local laws and safety guidelines.

But what can Bird really do about it? The cities have tried upping regulations on the scooter companies, they've issued fines and citations, and they've even forced Bird to update their terms and conditions to try to guarantee safer practices. Still, little has changed in terms of user behavior. Bird can add extra rules to their app and make users agree to wear a helmet. Bird can even provide their customers with helmets for free. But there's no way for Bird to actually guarantee that their customers will use the helmets.

After trying to deal with the problem through the company, the cities have had to try other alternatives in promoting safer riding. They have been able to get companies like Bird to improve safety guidelines and commit to providing a percentage of their daily income to the city to go toward improving infrastructure, which could, in turn, promote greater safety and improve user experience. But, they've also tried going after the individual riders, which has worked, to an extent. By issuing citations and fines to scooter-riders not wearing helmets, local police have been able to get some riders to make a more conscious decision and wear a helmet because they don't want to have to pay over $100 for not doing so. Other users choose to avoid the scooters altogether, determining that the risk of a ticket is too high to justify the enjoyment or convenience that the scooters provide.

Still, others continue riding the scooters, and just hope that they never get stopped by the police. They find helmets to be uncomfortable, or inconvenient. Many riders don't wear helmets simply because they don't have their helmet with them. These types of ride-sharing services tend to attract spur-of-the-moment users, not those who knew they would use one from the time they left their house in the morning. The only way for every rider to wear a helmet is if all potential users carried around a helmet with them all day, which just isn't realistic. Some dockable bike-sharing companies have had systems where a user could retrieve a helmet when renting a bike, but such a business design had higher costs, which led many of those companies to go out of business. There have been dozens of injuries reported in recent months, mostly involving scrapes and bruises, but some with broken bones and head trauma. There doesn't seem to be an obvious solution to the problem at the moment, but if Bird and similar companies don't make a change, major cities could start banning the scooters altogether.

Technological innovations in this day and age, especially those in the realm of transportation, have been focusing more and more on green energy. From Tesla's cars to Nikola Corp's trucks, many companies are trying to steadily phase out the necessity of fossil fuels for long-distance travel. The problem with that goal is that, at the moment, green energy sources and vehicles that utilize those types of energy tend to be more expensive. To that end, the companies that focus on electric vehicles usually need some sort of governmental relationship to get off the ground. With Tesla, customers were able to get government rebates/subsidies after purchasing cars like Tesla's Model 3. According to Russ Mitchell's L.A. Times article, Proterra (a manufacturer of electric buses) sold 14 of its vehicles to the Washington, D.C., Circulator transit system earlier this month.

The complete cost of those buses was not reported, but Proterra's buses are known to cost somewhere between $700,000 and $900,000 each, so it's likely that this purchase cost D.C. quite a bit. On the one hand, spending millions of dollars on electric buses may seem exorbitant, but to another perspective, the fleet of buses serves to show millions of diplomats and tourists from around the world that the United States is working on developing technology with lower environmental impacts and better user experience. Though nearly a million dollars per bus is a lot of money, Washington D.C. gets tens of thousands of tourists each day who use the bus system to visit the various landmarks and museums.

Although Proterra is based out of Northern California, the company has a factory on each coast: one in the City of Industry, California, and the other in Greenville, South Carolina. The South Carolina plant has a perfect location to be accessible to the nation's capital, while the California plant is right in the center of all kinds of innovation going on in the state. The East Coast side of the business puts it in the view of politicians and lobbyists who make the decisions regarding public transportation around the country, and the West Coast side of the business has been able to draw from engineers and manufacturers already in the area for work in the aerospace industry.

Proterra doesn't have a monopoly on electric buses, though. California's plethora of skilled workers has made the Los Angeles area a hub for the development of electric buses and other such vehicles. Another company, called BYD, which is based out of China, has a factory in Lancaster. According to their own numbers, BYD has sold at least 722 buses, while Proterra has sold over 546. For such a pricey commodity, both companies seem to be doing relatively well in an industry that is fairly new. Even some universities are switching their bus systems to electric ones. There's no way to tell for sure, but it seems like the trend of electric buses could really take off throughout the nation in the near future. 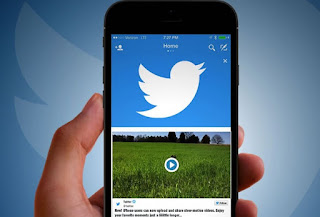 Twitter, one of the most popular social media sites in the industry, is known for its short posts, called "tweets." Over the years, it has grown to allow those posts to include links, or images, or even videos, but mainly, the site is known for their users' ability to communicate via one-liners. Recently, Twitter increased the character count allowed in a message, doubling the approved size, and users have responded positively. Now, according to an article by Bloomberg LP, the company is looking to focus on more video-based options, especially those in the realms of news, sports, and entertainment.

Twitter has been putting in quite a bit of hard work toward making that goal a reality. Already, the social media network has made deals with 30 media companies, including Comcast, Viacom, and Disney. After announcing the Disney partnership last week, Twitter's stocks went up by 4.5%. The company hopes that such partnerships will make the social media platform into more of a hub for live and pre-recorded video streaming.

Many viewers, especially from the younger generations, don't use televisions for the majority of their entertainment. They use smartphones, tablets, and computers to stream from the internet rather than using cable. If Twitter is able to capitalize on that trend and capture a sizable audience of viewers, they could exponentially increase usage of the platform. If more viewers went onto Twitter for news, entertainment, and sports, then they would also stay for everything else the site has to offer, which would improve viewership across the board.

Over the past year, the number of views on Twitter videos has gone up nearly two-fold in regards to daily viewership, and nearly half of the site's advertisement revenue comes from such videos. From "SportsCenter Live" to "Comedy Central's Creator Room," all of the new channels will likely bring in a variety of diverse viewers, who will, in turn, connect their own communities to the platform. The shift to video and live streaming could be the move that pushes Twitter ahead of some other competitors, both in social media and in entertainment.