Most people who use the internet, especially for online shopping, have noticed at some point that the advertisements that appear on web pages they visit tend to relate to items they have been looking to buy. It is one of the ways that Google makes revenue, by selling advertising space and targeting the advertisements at those consumers most likely to be swayed by them. By correlating the number of clicks on an advertisement to the actual items purchased online by consumers, Google is able to show online retailers that their advertisements are the right choice.

Similarly, Google seems to be looking to move into the non-digital marketplace. According to an article by the Associated Press of the L.A. Times, Google is looking into a new service that will track how much consumers spend in brick and mortar stores after clicking on advertisements related to those purchases. However, it will only be able to correlate the information to stores, not to specific items purchased at the stores, which may not be enough information for some advertisers.

By determining how ad clicks are connected with actual purchases, Google can help advertisers to determine whether their ads are a waste of money or actually useful. If the data is convincing enough, it could be beneficial to both Google and the advertisers it is contracted by. If advertisers see how well their ads work, they are more likely to increase their advertising budget, thus generating more revenue for the retailer and more income for Google. The main problem, however, seems to be the loss of privacy inherent in this kind of data tracking.

Already, Google has digital dossiers on everyone who uses their online services. They know what people search for, what people shop for, and even the types of videos people watch on social media. Using that information, they can create targeted ads that are directed at the proper demographics. This new system just seems to be an expansion of that concept. There are precautions in place, fortunately. The system is expected to run in a "double-blind" manner, which means Google receives personal information that credit card companies and merchants don't, while the credit card company receives information that Google doesn't. Additionally, it won't be able to gather information on cash transactions and about 30% of credit card transactions. Advertisements have the ability to help all involved parties in that they can point customers toward products they want and provided added demand on products for retailers. The main question: is the loss of privacy worth the added benefits of the ads? 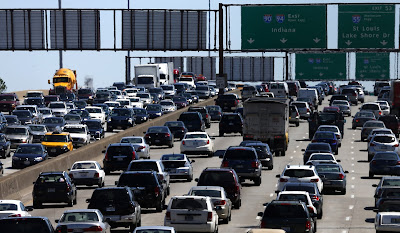 National holidays, especially those that fall at the beginning or the end of a weekend, tend to lead to travel plans for a lot of Americans. The three- or four-day weekend is the perfect time for many vacationers to spend some time away from home with their family and friends. While holidays like Thanksgiving, Christmas, and New Year's usually lead to a lot of travel plans, many people prefer the shorter weekend trips over Veteran's Day or President's Day. According to Hugo Martin's L.A. Times article, the upcoming Memorial Day weekend is expected to break records in terms of the number of vacationers.

According to experts, this phenomenon could be due in large part to falling gas prices. As the cost of gasoline goes down, it becomes cheaper to travel, which is encouraging for people who want to go on vacation. It's expected that the prices will stay low at around $3 per gallon, which is the cheapest they've been over Memorial Day weekend since 2009. Partially due to the low gas prices, most of the vacationers are expected to be driving. In fact, statistics show that around 2.52 million will be driving to their destinations, a 2.9% increase from last year.

Similarly, there is expected to be a 3.4% increase in the total number of vacationers, up to 3.03 million Southern Californians, according to the Auto Club of Southern California. This will be the sixth consecutive year where the number of travelers increased, potentially a sign of a strengthening economy, in which consumers feel secure enough to spend money on travel. Some of the top destinations for travelers include San Francisco, San Diego, and Las Vegas, as well as famous landmarks like the Grand Canyon and some national parks.

The biggest increase of all, however, is among the number of Californians choosing airplanes as their mode of transportation. Over this Memorial Day weekend, over 300,000 Californians are expected to fly on commercial airlines, which is a 6.2% increase from last year's numbers. Even with all of the recent issues with airlines, the growing numbers could indicate that people are traveling further, which means that they are taking more time off of work than just the three-day weekend. That could point to growing comfort with the state of the economy or better financial management on the part of consumers looking to go on vacation. 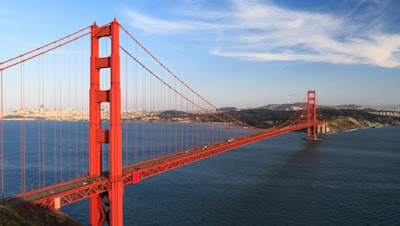 Tourism can be a huge economic boost for any given state or country. Tourists stay at hotels and motels, they eat at restaurants, and they shop at stores, all of which can help to stimulate the local economy. Big cities like Paris, New York City, and London are popular tourist destinations, but cities throughout California, especially Los Angeles and San Francisco, have been booming over the past several years. In fact, according to Makeda Easter's L.A. Times article, research shows that California's tourism industry has grown every year for the past seven consecutive years.

Data showed that spending on travel in California was up 3.8% last year to $126.3 billion. Over a million jobs in the state are involved in the tourism industry, up 2.5% from the year before. Even tax revenue was up from tourism-related expenditures. Tax revenue was over $10 billion last year and tourism incorporated nearly 3% of the state's GDP (gross domestic product). Not only is California generally a popular tourist destination, economists believe the continuing improvement of its tourism industry could be due to economic growth around the country and the world.

As the global economy improves, people have more money to spend and feel more stable and willing to spend the money. Because of that, they tend to take more vacations and spend more money on travel. Research shows that California is the number 1 tourist destination in the country. Its tourism industry is 2.5 times bigger than that of Florida, which has just as many tourist attractions and theme parks as California. Additionally, of the hundreds of millions of tourists each year throughout California, many of them come from different parts of California itself, rather than from out of the state or from other countries.

California tourism is expected to keep going strong. Some theme parks, such as Disneyland, are undergoing changes and renovations that they hope will bring in more visitors, but only time will tell if the improvements will succeed. People like to visit California for its weather, beaches, and popular social scene, but as the value of the dollar continues to increase, people may look to travel outside of the country for vacation. California can be a very expensive place to live, so people's preferences can change pretty quickly. Maybe next year will be the eighth consecutive year of growth. We'll just have to wait and see.