Federal Law Prohibits Banks, Escrow, and Title Companies from Participating in the Sale of Marijuana-Related Businesses

The sale and consumption of marijuana, both medicinally and recreationally, is a pretty controversial topic throughout the United States. Some view marijuana as a dangerous substance that should be banned, comparable to hard narcotics like cocaine or methamphetamine. Many others view marijuana as a substance that should have limitations (similar to the sale of alcohol and tobacco), but not be completely illegal. Then, there's the even deeper issue of medicinal versus recreational usage. Some believe that marijuana should only be used when absolutely necessary (i.e. as a diagnosed treatment for a legitimate medical condition like glaucoma or nausea caused by chemotherapy), and some believe that cannabis isn't dangerous enough to be limited much, if at all.

The main difference between cannabis and substances like tobacco and alcohol is a lack of information. While there has been plenty of research done on the health effects of tobacco (cancer, asthma, etc.) and alcohol (impaired motor skills, liver disease, etc.) and even the effects on a fetus, there really isn't enough evidence to make a conclusive ruling on marijuana. However, for a while, it didn't matter whether marijuana was healthy or not. It didn't matter if it could impair motor skills or give a smoker asthma, because the sale and/or consumption of marijuana was illegal in the U.S., both on a federal and state level.

Over a decade ago, several states (California being one of the first) began to legalize medical marijuana, which could only be purchased from a licensed dispensary with a prescription from a doctor. Then, much more recently, states began legalizing recreational marijuana usage. However, that doesn't mean much from a business standpoint, because although marijuana is now legal in California, it's still illegal according to federal law. That may change within the next several years, but as of this moment, the law is the law, and that's all there is to it.

Because marijuana is still illegal federally, many businesses that must comply with state law (such as escrow/title companies), are not permitted to participate in any transactions regarding businesses that handle the sale of marijuana. In fact, in April of 2017, several national title companies received a memorandum from the Office of the Chief Underwriting Counsel that if the title company gets any indication from a buyer, seller, or broker that the Land will be used for growing, processing, distributing, or dispensing any types of marijuana-based products, they aren't allowed to be involved in the handling of any escrow or other funds of any type, issue any type of zoning coverage, or issue title insurance (except with the inclusion of an exception related to violation of federal law). This policy even applies to an entrepreneur looking to buy property that they will then rent out to tenants who may be involved in the marijuana industry,

Federal laws are taken very seriously by businesses involved in escrow and the transfer of funds, including banks. Banks are federally chartered, insured by the FDI, and use the Federal Reserve wire system. If those banks start breaking federal laws (even laws that don't exist at the state level), the bank can lose its charter and FDIC insurance, and eventually get shut down altogether. Just like banks, escrow companies lose their legal ability to operate if they break federal laws, especially in the financial realm, and for most of those businesses, it simply isn't worth the risk of getting involved in any transaction that might violate federal law.

For that reason, escrow companies (just like title companies and banks) don't take part in transactions involving property (or businesses) that are connected to the marijuana industry. It can be next to impossible for an entrepreneur to start that kind of business with a loan from a bank, because banks won't provide the loans and title companies won't close the sale (a closing is usually required by a lender). However, in some situations (where the sale is an all-cash offer, with no financing), there are law firms with real estate experience that can close real estate transactions. As of now, federal law makes it nearly impossible to do business in the cannabis industry if you need bank financing or plan to go through an escrow company. The laws may change in the future, but for now, it is what it is.

Amazon to Enter Prescription Pharmaceuticals Market with Purchase of PillPack 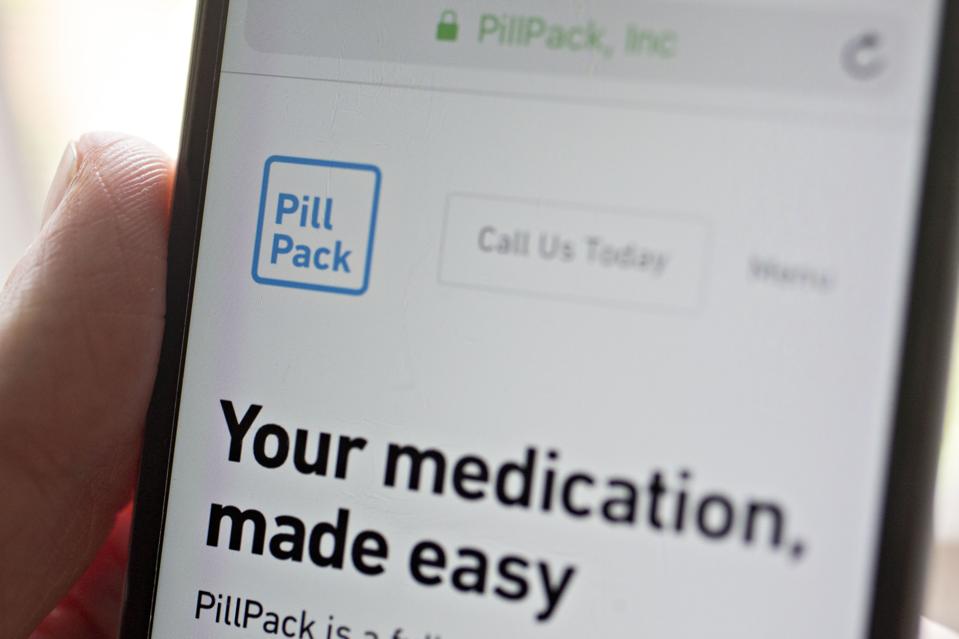 Amazon Inc. has been growing by leaps and bounds over the past couple of decades since it was first founded. What started as an online bookstore has since become a platform so broad that it can't really be classified as any one type of store. Especially over the past couple of years, Amazon has continued to expand into new areas as it consumes all kinds of different businesses. Whole Foods helped them to get a grip on the groceries industry, and various entertainment sources have allowed Amazon to build a sizable streaming platform. Most recently, according to a recent Bloomberg article, Amazon is looking to expand into prescription pharmaceuticals and has already begun to make a name in the generic drugs industry.

Amazon is such a large company that sells such a large quantity per day that it is able to easily lower item prices just enough to undercut competitors while still making a healthy profit. For every industry into which Amazon expands, there are dozens of brick-and-mortar chains losing business because many consumers choose the convenience of online shopping. Last August, Amazon introduced its line of generic drugs last August, and has since expanded from about 35 to 65 different products, all items that someone could buy at their local drugstore. The upshot is that the drugs Amazon is selling are not a store brand, which means the online retailer can charge much less, making the choice much more enticing to potential customers.

While Amazon already has better prices on over 70% their Basic Care products than the same products at local stores like Walgreens and CVS, those drugs are all non-prescription, which means that many consumers still have to go in to a physical pharmacist to pick up many of their medications. Many of those same customers would get their prescription drugs online if it were possible, where it could be shipped directly to their home without having to wait in long lines or deal with other customers at a brick-and-mortar store.

Well, those customers are in luck, since Amazon just announced that they will be purchasing a company called PillPack, a pharmacy company. Almost immediately after the announcement, the stock prices for companies like CVS dropped, likely correlated with investors' expectation that many consumers will choose Amazon over their local stores for filling prescriptions. Amazon may run into some legal snags when it comes to selling prescription drugs online, but it is very likely that very soon, you too will be able to get your prescriptions delivered right to your door (possibly with free delivery if included on Amazon Prime!).

In this day and age, it's difficult to get around without utilizing online resources, but in many cases, using those resources require the user to give up quite a bit of their personal information, from names and birthdates to shopping preferences. Because of this, private companies have access to a lot of their customers' personal information.  Yet, although that personal data is being sold to companies to enable their "targeted advertisements" to work better, the customers being targeted rarely receive any information in return about the organizations trying to target them, especially when those organizations are political in nature. Fortunately, according to a recent Bloomberg article, both Twitter and Facebook are in the process of revamping their advertisement policies to make it apparent to all users where the ads are coming from, who paid for them, and how much they paid.

While understanding the identities and motivations of the companies and organizations trying to target you through social media can be nice, that kind of data isn't nearly on the same level as the browsing history and other product-preference data the companies have on you. But, since many of their customers have recently opted to discontinue use of several social media sites after various data scandals, the social media platforms had to make some sort of gesture to try to regain their customers' trust. Twitter was also recently under fire by US lawmakers for not having a system in place to identify and deal with fake accounts that are used for spam or scams, especially in the political arena, as that's the category on which lawmakers tend to focus.

The new Twitter tool, called the Ads Transparency Center tool, lets users search for any Twitter account and see all advertisements run by the account over the past week. For politically-related advertisers, even more data will be released: demographic-targeting data, the amount spent, billing information, etc. All of that data should help lawmakers and analysts determine if certain accounts are being designed specifically to produce misleading or false advertisements for the purpose of impacting US political races.

It's an interesting change in policies. Until now, there was very little oversight regarding advertisements on social media. But, it does make sense that there should be just as much regulation for a Facebook political message as for one that is played over the radio or on the television. Some lawmakers are even putting forward bills to require that social media advertisements meet the same honesty requirements as any other ads. Overall, these changes seem to have little to do with making the individual customers happy, and more to do with obliging with the wishes of lawmakers, but sometimes the two categories overlap.