Over the years, there have been a variety of "must-have" toys that hit the shelves in the month or two leading up to Christmas. From Chatty Cathy in 1960 to Tickle Me Elmo in 1996 and everything in between, there have been so many toys that had booms in popularity around the holidays. Of course, because of the surges in popularity, those toys would often sell out quickly, and parents who wanted to find the toy for their child would have to pay much higher prices to scalpers. Some might ask themselves why the toy company didn't just manufacture more of them to begin with, but as Shan Li discusses in her L.A. Times article, the answer is not so simple.

First of all, toy manufacturers have no way of knowing which toys will be the most popular. Since only a couple of toys each year receive huge popularity, if they produced enough of every toy in their catalog to meet the demand that a must-have toy faces, then they would not make any money and would end up with warehouses full of less popular toys that won't sell. Still, some manufacturers take a chance and make an educated guess as to which toys will be most popular. Sometimes that pays off in boosted profits, and other times the company has massive losses.

There's no way to predict with 100% certainty what choices the average shopper will make during the holiday season. Many people believed that the popular item this season would be the Nintendo Wii U, a modern gaming system, when in reality, Nintendo's retro NES Classic Edition is the game console garnering the most demand. It seems that the best thing a company can do is keep their eyes open, and when they see that demand is spiking for a certain toy, try to ramp up production quickly enough to meet the demand. Some companies even keep extra factories "on retainer" during the holiday season to help make the ramping up process more efficient. Ramping up doesn't work out for every toy, however.

While all of that is true, sometimes the decreased stock for certain products is done on purpose by stores and manufacturers alike. When shoppers are searching everywhere for the toy, other shoppers see that and get interested in the toy because of how interested the shoppers seem. High demand for a limited commodity begets even more demand by people wondering why others seem to want it so much. So, sometimes they will keep a supply of the product in storage, to limit the amount on the market and drive up demand and prices. Many companies even release the extra supply just before the holidays to capitalize on last-minute shoppers still looking for the right toy who are willing to pay anything they need to in order to get it.

They never know when interest will spike, so companies will often keep producing certain toys even after the popularity has waned. Like with the Bakugan, sometimes a toy will see a sudden surge in popularity for no apparent reason. Sometimes people will see it in stores and be interested; other times the toy will have appeared on a television show and people get nostalgic. There is no one factor that determines a product's popularity, even after it has already been popular, so in much the same way, shoppers can't expect manufacturers to know ahead of time which toys they should produce the most of. In general, it's a flip of the coin, and only the luckiest manufacturers succeed in the end.

Number of Airline Passengers Expected to Increase by 3.5% from Last Year's Holiday Season 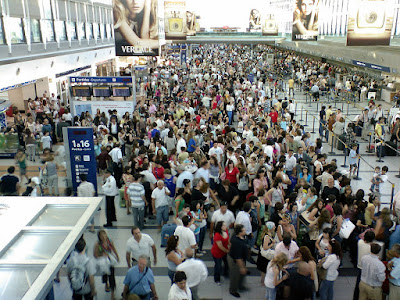 The holidays are a time when many people travel across the country to visit their family and friends and celebrate. Because of that, it can always be expected that airlines will be very busy in December, almost as busy as during the summer months when people are traveling on vacation. This year especially, analysts expect overcrowding at airports to be at an all-time high. In fact, according to Hugo Martin's L.A. Times article, the number of holiday fliers is expected to increase this year by 3.5%.

In 2015, over 70 million people took US-based flights in the month of December. This year, it is expected that over 45 million people will be flying during the holiday season that makes up the 21 days starting on December 16th. According to a trade group called Airlines for America, the increase in demand will likely force airlines to either increase the number of people per flight or the number of flights per day. If they don't, they will be missing out on potential business and will be upsetting loyal customers, which could hurt their bottom line in the long-run.

Just as the increase in demand is affected by the upcoming holidays, so too is a notable decrease in the number of fliers on certain days. As can be expected, because people are flying in order to spend the holidays with loved ones, they won't want to fly on the holidays themselves. Therefore, it is predicted that the days with the least demand will be Christmas Eve, New Year's Eve, and their corresponding days. Similarly, in order to get to their destinations in time for the holidays with the least amount of missed time at work or school, it is expected that the largest number of people will choose to travel on December 22nd or December 23rd.

Low airfare and an improving economy are the reasons that economists choose to explain the spike in demand for air travel. While demand usually increases anyway, simply because the population continuously increases, this year's significant boost is cause for a stir among airlines. They are doing everything they can to meet the demand, which includes a 3.9% increase in the number of airplane seats sold per day during the holiday season. Around 99,000 more passengers per day will be  added, and to do that, airlines will have to make many technical and operational changes. Will they be successful at keeping up with the higher number of passengers? It's doubtful, but they might pull it off. 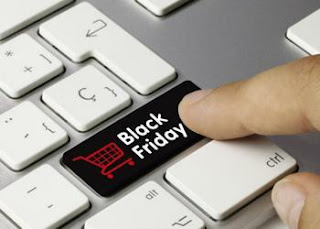 Black Friday has become a cultural phenomenon throughout the US. When it first started in 1952, it was just a day to start your holiday shopping, when stores discounted their products so that they could begin making a profit for the year and be "in the black." As time went on, the deals got better and better until it got to a point that people were waiting for hours in the middle of the night on Thanksgiving to get a chance at the best discounts once the stores opened. Over the past few years, however, stores have started to offer the same deals online as in the stores, which has reduced the number of Black Friday shoppers. Samantha Masunaga, in her L.A. Times article, discusses the shift to mobile shopping and some of the reasons why Black Friday continues, even with such decreased demand.

This year, it is projected that the e-commerce for the holiday season will grow to a valuation of over $117 billion. While Cyber Monday once represented the day when deal-hunters could get discounts on their online shopping, but now that so much of the Black Friday Shopping can be done online, many people consider Cyber Monday to be obsolete. It makes more sense to get their deals over the holiday than to find an hour or two in the middle of a busy workday to find the best deals. Retailers are seeing the difference: on Thanksgiving night, which has in itself begun to replace Black Friday, sales were 13.6% higher than last year, a total of nearly $1.2 billion.

Not only are people taking advantage of online deals rather than going into the stores, a surprising number of shoppers are doing so via mobile devices instead of computers. Nearly $550 million of the $1.2 billion total on Thanksgiving night came from mobile purchases. That's a 58.6% increase from last year's mobile sales. While mobile shopping is convenient, some people find it to be too much of a hassle and prefer using a computer, at least to complete their transactions. Not enough online retailers have improved their mobile layout, which has led to a projection that while 53% of e-commerce visits will happen on mobile devices, only 34% of sales will happen on apps.

Many customers find the checkout process to be too time-consuming or confusing on mobile apps for some businesses, and opt to go onto a computer or choose an easy-to-understand platform like Amazon to make their purchases. If online retailers want to stay competitive, they will have to improve their platforms, potentially by integrating easier payment systems like PayPal, Android Pay, or Apple Pay, rather than making customers try to input credit card information on the small screen of their smartphone. Target and Wal-Mart, among other companies, have noticed improvements in their mobile performance over the past few years. After fixing its online platforms and making it easier to checkout, Target even found that mobile sales over the weekend had increased by 200% from last year.

While mobile apps and online platforms are great for the tech-savvy consumer, many customers prefer the emotional connection to Black Friday that they get by physically going to the late-night sales. Some shoppers don't want to do online shopping because they would prefer to see the product up close and examine it before buying. Other people just enjoy the cultural experience of rushing through the store, hunting for deals. Whatever the reason, even if Black Friday becomes a mainly online phenomenon, it is very likely that there will still be in-store experiences available. Black Friday is a tradition for many shoppers, and especially since many people do their bargain-hunting online, crowding is less of an issue, many shoppers expect to be able to keep up the practice for many years to come.