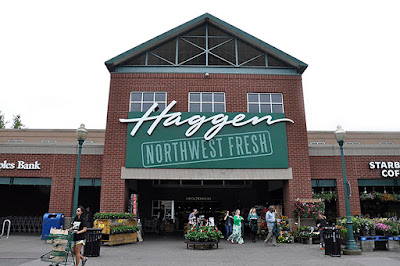 Grocery chain Haggen Inc., which spent approximately $1.4 billion last year in a dramatic expansion along the West Coast, was forced to file for bankruptcy this month, undoing everything it had accomplished over the past several months. While Haggen believed that its buy-outs of several dozen Albertsons, Vons, and Safeway supermarkets would help the Northwest-based company grow, in Shan Li and Andrew Khoury's L.A. Times article, it is explained why their business plan may have been flawed from the start.

According to experts, Haggen's purchases were doomed to fail from the beginning. Not only was the cost of purchasing and converting 146 supermarkets of various brands remarkably high for the 18-store chain, but Haggen's prices were seen as too high for the quality of produce being provided. According to the founder of DJL Research, a research firm specifically for supermarkets, no one believed that Haggen had any chance of success with their large acquisition.

Analysts go on to claim that Haggen's prices were determined too much by the prices already in place at the purchased supermarkets. Instead of doing their own research, they chose prices similar to those of rivals like Albertsons or Safeway. Haggen is known for its higher quality meats, seafood, and organic produce, which would normally be reason enough to qualify higher prices than their competitors'. However, complaints from customers seemed to all point to less than fabulous service and produce of lower quality than advertised.

Perhaps the lack of proper business planning in the stores was due to the stresses Haggen experienced because of the buy-outs. Albertsons, one of the former owners of some of the stores, broke off their tenuous business relationship shortly after the purchase. Albertsons opened lawsuits against Haggen, stating that $41 million worth of inventory had not been paid for, and in response, Haggen sued Albertsons, claiming that the competitor was consistently working behind the scenes to push Haggen out of the market. Perhaps Haggen's legal struggles interfered with its ability to run its newly obtained markets properly, Now that Haggen plans to pull back and keep only its 37 stores in Washington and Oregon, its reputation for high-quality may one day be restored.

For the over 8,000 Haggen employees in California alone, the bankruptcy will hit hard, The Local 324 United Food and Commercial Workers Union is rightfully upset, especially after having filed recent grievances against Haggen for layoffs and reduced hours. For others in the community who do not work for Haggen, however, economic analysts and regular shoppers alike do not expect to be affected by the closures. Since there is enough competition going on in the community, between Ralphs, Wal-Mart, and other stores, they believe that prices will not likely rise significantly. Who knows? In the end, perhaps Haggen will earn enough money from the sale of the closed stores to get back on their feet in their Northwest home base. 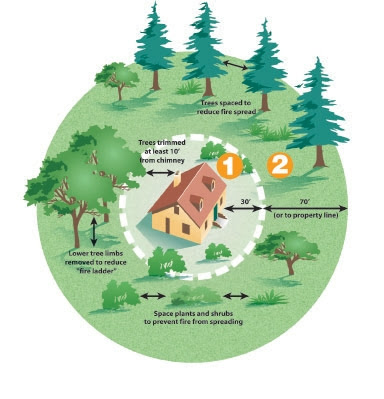 When a home is purchased with a mortgage, using a loan from a bank, the bank will always require the homeowner to get insurance in order to make sure their investment is protected to some extent. Insurance, while a necessity, can be a costly addition to one's monthly or yearly bills. Since an insurance company wants to stay in business, it charges higher rates to provide insurance to individuals in high-risk areas: flood zones, fire zones, earthquake centers, etc, so that it will have the money to pay off claims involving fixing or rebuilding of affected properties. For people like John Stoffan in Samantha Masunaga's L.A. Times article, the costs of fire insurance in drought-parched California make the state almost too costly to bear.

The Stoffan family, whose Northern California home survived various wildfires around Yosemite National Park throughout the years, is finding that their insurance rates may actually be the reason they finally jump ship. The house itself, as well as the county in which it is situated, are considered to be "high-risk" for insurance companies. Even after having installed fire-resistant plants, developed "buffer zones" of areas without any plants surrounding the property, and created holding areas to keep thousands of gallons of water on hand, insurance companies have doubled rated in the past year.

The past four years of dry conditions have made things worse for those living near large forests. The combination of summer temperature and lack of water can turn a forest into a raging wildfire with the merest spark. Because of this risk, home-owners like the Stoffans, no matter how many preventative measures they take, are stuck between a rock and a hard place. They need insurance to have a mortgage to own a home, yet the insurance rates are unaffordable and getting worse. What is their alternative?

While all are hoping for a good winter to break California's dry spell, many are considering moving out of the area altogether. Others have found more creative options to reduce their insurance costs. Some people, like Alpine's Mollie Jacques, have been able to find significant discounts by using insurance companies based in other cities. For Jacques, her choice to switch to an insurance company 100 miles from her home saves her over $700 per year. Some homeowners have even been refused insurance completely and have been forced to use the California Fair Plan Association to have some, albeit limited, coverage.

Communities are coming together in these fire-prone areas to try to make their homes and surrounding land as safe as possible. Since insurance companies determine rates through statistics involving fire department preparedness, water supplies, and availability of emergency communication. With the help of the California Fire Safe Council, a nonprofit organization, such communities are able to purchase wood chippers and other machinery to help clear dry brush and other flammable material. The more prepared a community becomes for a wildfire, the better rates insurance companies will provide. It comes down to economics. Insurance companies will charge a lot of money for taking on a huge financial risk. The more you lower that risk for the insurance company, the less money they will require you to pay. 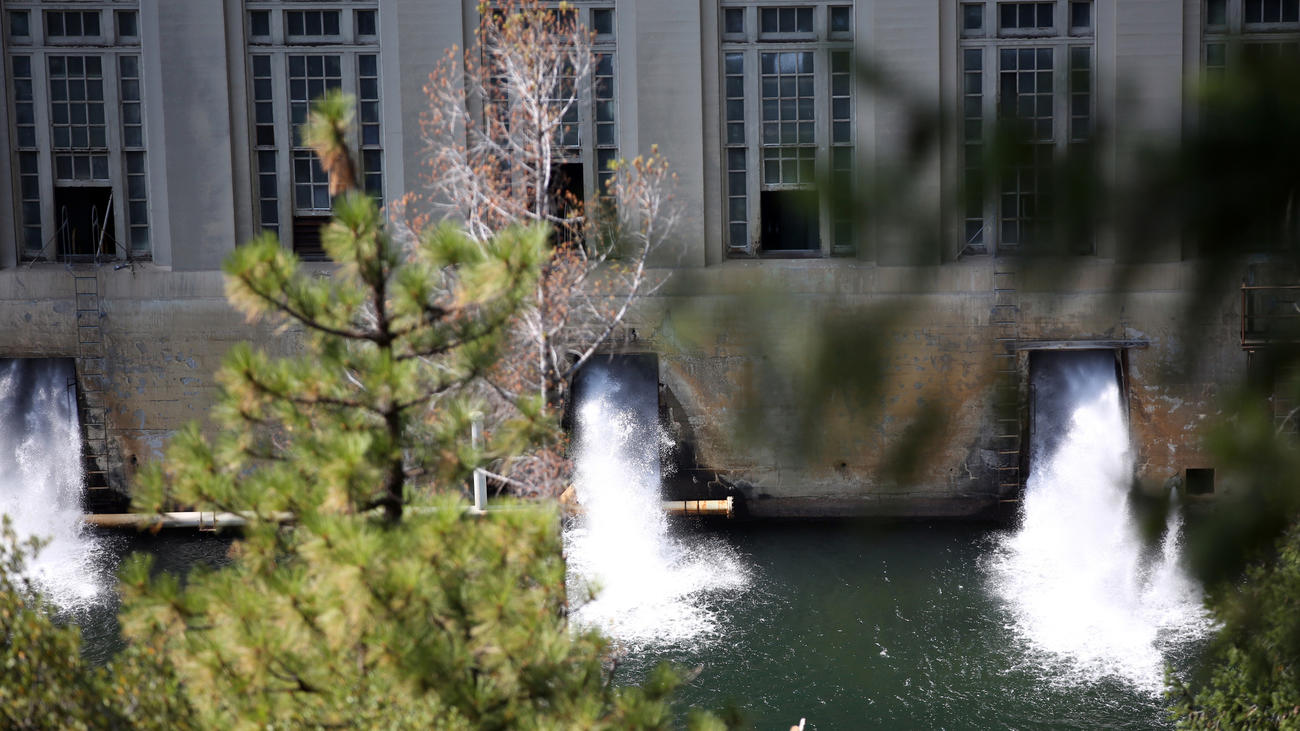 For companies like Southern California Edison, the drought is taking its toll on their sources of sustainable energy. When water stored in artificial lakes high in the mountains is released, it flows down to turn hydroelectric turbines and convert the water's kinetic energy into electrical energy for use by consumers. This system only works when the water is available for use. Because of the drought, water levels have dropped so far that the hydroelectric system has been put on hold for the time being. According to Ivan Penn, in his L.A. Times article, the hydroelectric power is not the only source of power being lost due to depleted water reserves.

Renewable resources are those that are considered to be constant in nature, that will always be available on Earth. Sunlight, wind, and water are some examples of such resources. You may ask, “Why is water considered 'renewable' if a drought can reduce the amount available?" This is due to the fact that, while a drought reduces the availability of water in specific parts of the world, the amount of water available throughout the entire world remains relatively constant.

As more and more research comes out showing the negative effects that coal and fossil fuels have on the environment, as well as the rapidly diminishing supplies of such resources, both government agencies and private corporations search for a more sustainable alternative. Wind and solar energy seem to provide the greatest return on investment, to the extent that many homeowners have installed their own solar panels to harness the Sun's natural power for themselves. Unfortunately, power companies have yet to find a way to store excess energy. Just as blackouts and power reductions can be caused by too little power being produced, too much power can overload the power grid and damage everything connected to it.

Edison has a system that, in non-drought times, would be quite effective in storing excess energy for later use. when the water has flowed down the mountain and through th3e turbines, it ends up in another manmade lake. When their solar panels and wind turbines collect more energy than can be used by consumers, the excess energy is used rather than given away at negative prices. The energy is used to power pumps that bring the water back up the mountain and stored back in the starting lake. In this way, "energy" can be stored, though not in the classical sense.  Since energy can only be converted, not created or destroyed, the excess energy is converted from electrical to mechanical (pumps) to potential (water on top of the mountain). Then, when the energy is needed again, the water is released from the lake and the potential energy becomes kinetic, then electrical once again.

At nighttime, stored energy is needed to make up for the fact that no solar energy is being collected. While Edison's energy storage system, of course, has loss associated with it, since all processes lose some energy as heat, it is better than the alternative in which excess energy is given away to competing companies in order to prevent overloading of the power grid. However, drought conditions have everyone at a loss. How else can the energy be stored in an economical, efficient, and environmentally-friendly manner?


As Penn points out, it's not as if we can control Sun or wind on command. Renewable energy sources are great and have become more utilitarian and widely used in recent years, but it seems that the most effective use of researchers' time would be to find a better way to store the energy.  If renewable, sustainable energy can be stored and easily accessed, then there would be little reason to use fossil fuels and other degradative materials as energy sources. As such, solar, wind, and hydroelectric power are arguably the best and cheapest energy sources, but they can only live up to their true potential if scientists find an effective way to store the excess.