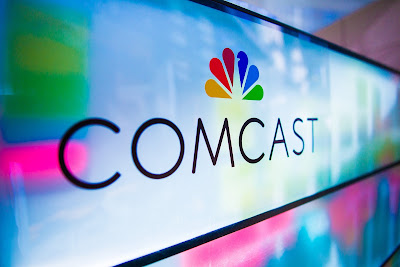 Especially in recent years, many people have been looking for clever ways to cut some of their higher utilities costs. For some, that means taking shorter showers or keeping the air conditioner off during the hotter months. Many others have found that cable is a pretty substantial monthly expense that they can go without relatively easily. "Cutting the cord," as it's commonly referred to, can save consumers well over $100 per month, depending on the package of channels they had. According to Gerry Smith's L.A. Times article, they opt instead to use their internet connections, paired with streaming services like Netflix or Hulu, to watch their favorite shows.

Comcast Inc. is just one of the many cable providers that have suffered losses to their bottom line due to the cord-cutting frenzy sweeping the nation. However, on the other hand, Comcast has also observed that as much as people are removing cable, they are getting more new customers for their internet plans. This quarter, the number of cable customers dropped yet again, but an additional 350,000 customers bought broadband internet service, which helped to balance out Comcast's profits.

People aren't only getting more into internet because of its ability to replace their cable entertainment. In the modern age, it is incredibly difficult to have a job, attend school, or do pretty much anything else without a reliable internet connection. Everything these days is online, so Comcast and companies like it are naturally going to keep getting new customers and are going to be getting demands from their customers for increased internet speeds. Some of their new features, including personalized home Wi-Fi networks, have led hundreds of thousands of new users to try out their internet connections.

Some cable giants are offering cheaper cable packages with fewer channels, which is attractive to some users. To many others, paying anything for any amount of cable is simply too much, because they can get access to anything they want to watch via the internet. Why pay more for something you can get elsewhere for less? Comcast's profits went up this year due to the influx of internet customers, and they expect to increase their shareholders' dividends by around 20% in 2018, while increasing stock value at the same time.

Jeff Bezos, the CEO of Amazon Inc., recently took over the spot of "richest man in the world" from Bill Gates, the creator of Microsoft. To many, Bezos' wealth doesn't make much sense, because, for the past 20 years, Amazon has not brought in a profit. That may seem pretty cut and dry: profit means financial success. However, for Bezos, that's not exactly how it works. For many years, Bezos' financial strategy has been to choose business growth over profit, reinvesting any revenue into expanding Amazon. In that manner, Amazon's stock value has steadily gone up, even without paying any dividends to shareholders. According to an L.A. Times article by Spencer Soper and Mark Bergen, Amazon's latest shift, to focus on sources of advertising revenue, could help to push the company into profit territory.

Over the past few years, Amazon has been losing money in its e-commerce business but has been able to recoup those losses due to its profitable business of providing cloud services. However, the differences between gains and losses are tight: Amazon's average profit is only around 1%. Up until now, Amazon's advertising business has been pretty small, at $1.7 billion in revenue compared with Google's $35 or Facebook's $17.4 billion. Amazon has nowhere to go but up when it comes to advertising. It is likely that the growth will be among companies trying to get priority placement for their products on Amazon's website. That kind of business plan pivot is unlikely to have high costs and has huge potential for billions more in revenue.

Amazon is in a good place for advertisements. Often, on Google or Facebook, an advertisement appears that tries to push a user toward another site, where the user might purchase the product being advertised. The problem with that system is that users get annoyed by incessant advertisements when they aren't looking to buy anything. The difference for Amazon is that its users are already looking to buy something. Advertisements would be both helpful to the shopper, would benefit the advertiser, and would give Amazon more revenue. Everyone wins!

Food companies spend millions each year to put advertisements on television and in magazines to try to generate more interest in their products among potential customers. The same effect can be achieved on Amazon's website for far lower cost, with less work, simply by adding in suggested searches or sponsored search results. Of course, putting actual images and videos as advertisements can also help, but if someone is looking to buy a product, they're going to choose the one that seems to be at the best price. Through Amazon advertisements, companies can make their products more interesting to the average user. Perhaps one day, Amazon's advertisements could replace those on television entirely. Amazon does have its own video streaming capabilities, after all.

It's only been about 20 years since cell phones started to become popular among the common person. At around the same time, the internet became a commodity many people had in their homes. Yet, even though the history of both technologies is so recent, you would be hard-pressed to walk down any street in this day and age and not see someone surfing the internet from their cell phone. Smartphones have pervaded our society, providing entertainment, convenience, and connectivity to pretty much everyone around the country. According to David Lazarus's L.A. Times article, the newest update, 5G wireless, is coming soon.

In Las Vegas this week, there was a huge tech show called CES (which used to stand for Consumer Electronics Show). Many new electronic devices were debuted to the public for the first time. From fitness wearables to computers, tablets, and smartphones, the latest in tech was there for visitors to check out. One of the main innovations that is drawing major interest is that of the newest level of high-speed wireless internet: 5G. Both AT&T and Verizon Wireless, two of the top mobile phone providers in the world, have announced that they will be making 5G mobile internet available in several major cities, including Sacramento, before the end of the year.

For people who download or stream a lot of material on their phone, 5G seems like it will be exactly what they need. The 5G connections are expected to be much faster than the current standard 4G ones, and the connections will be far more reliable and less prone to lag. On the other hand, there are also some downsides to the faster connection. It is probable that the 5G connectivity will require that the user purchase a new phone, one that is designed specifically to use 5G. Additionally, the monthly cell phone bill will probably be significantly higher, and analysts believe that most average users won't need so much speed anyway.

Currently, mainly users who play a lot of high-bandwidth games or those who download large, high-definition movie would benefit the most from a 5G connection, but technologists expect that developers will rise to the occasion. Once 5G becomes commonplace, 4K video streaming, driverless vehicles, and immersive virtual reality are likely to follow quickly. 5G could unlock untold innovations of the future. Unfortunately, that path is likely to be expensive. Economic analysts expect the development of 5G to cost hundreds of billions of dollars, and those costs will be pushed onto the consumer with higher cell phone plan costs, but to many, the better internet connection is well worth a higher bill each month.

Increased prevalence of new technologies in pretty much every industry over the past few decades has led to improved quality and efficiency of service across the board. While technological improvements have, as a whole, provided more benefits than drawbacks in the modern day, one major concern has made its way to the forefront in recent years. With the technological advances has come cyber attacks, which put personal data and financial information at risk. Yalman Onaran's article in the L.A. Times discusses a method that financial institutions have been developing to protect trillions of dollars in funds from hackers.

From checking and savings accounts to retirement and pension funds, there are trillions of dollars being stored through various banks and brokers. Those assets tend to be insured, such as in the case of a bank robbery, the clients of the bank will get their money back. The difference between a physical robbery and theft via cyber attack is that hackers will often delete data from the targeted system, which can lead to great turmoil for a banking institution without sufficient backup data.

Many of the larger companies keep their data backed up on private secure servers, but that doesn't help much if the cyber attack shuts down their entire system. In a situation where the entire system is targeted and taken down, it can take days or even weeks for the company to get everything running properly again. The main issue with that, especially among banks, is that their customers need to access their accounts on a daily basis. The average person can't just wait uncertainly for days on end without access to the money in their checking account.

Financial institutions began to worry that such a hack at any banking entity, no matter how small, could cause significant ripples throughout the entire financial system. For example, if people hear that a bank was hacked (even if the bank is not theirs), and if they see that the customers of that bank can't access their money, they would be less likely to trust their own bank and could possibly go to withdraw their money, to prevent their funds from getting tied up if their bank was hacked. If enough people followed suit, it would become a wave that could crash the entire infrastructure, as banks don't actually have enough money in-house to cover most of their customers, since they lend out the majority of it to other customers.

A project called Sheltered Harbor is aiming to avoid such potential issues by teaming up financial institutions. By pairing them up, if one bank was hacked and had their system shut down for any length of time, the other bank would have a backup of their data and could assist their customers. The same would work in reverse. So, unless a sophisticated cybercriminal could predict and target the exact banking institutions that had been paired, Sheltered Harbor's system should be able to prevent an all-out meltdown of the financial system. That means that trillions of dollars in savings and retirement accounts will remain protected.