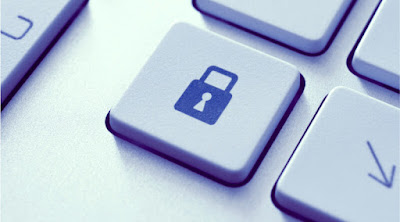 Growing up, you may have been warned by parents and teachers that if you did something bad, it would end up on your "permanent record." Of course, eventually, you found out that such a record doesn't actually exist... at least not in a physical format. Most people are aware that everything you do or say online stays around forever. Even if you delete something, there's almost always a way for a tech-savvy researcher to dig up an old post or shared picture. However, what might come as a surprise to most internet users, as explained in Drew Harwell's L.A. Times article, is that many websites record words typed and images uploaded, even if you delete the content before it ever gets posted.

Many social media users have been in a situation where they were preparing a scathing review or an angry post, then decided to not post it at all, whether for personal or business concerns. Even though they deleted the words they had typed, and never approved the post to go out to their friends and followers, social media platforms (Facebook in particular) save what was deleted"until it is no longer necessary to provide our services and Facebook Products, or until your account is deleted." While it is unnerving to find out that the thoughts and pictures you believed were private were actually being stored on Facebook's servers, some might consider the privacy issue to be not too concerning. However, when Facebook recently accidentally exposed millions of those undeleted photos to third-party apps (not the first of their privacy faux pas this year), their customers were justifiably upset.

It's more than just social media sites that are gathering information you didn't intend to give them. Some online chat services for customer service (LiveAgent for example), show the responder a real-time view of what the customer is typing. These companies claim that this allows responders to more quickly reply to questions, yet they don't inform their users of what some might consider a breach of their privacy. If you knew that every word you typed could be seen, not just the ones you sent, you would probably be more careful with everything you write. I know I would.

According to research done at Princeton University, there are hundreds of websites that record all of the mouse movements and keystrokes made by a user while on the site. This could give companies and cybercriminals access to all kinds of personal and sensitive information, from passwords to credit card numbers. Such websites included WordPress, LiveJournal, and Spotify, among many others. The research couldn't conclusively determine whether a specific website actually had a record of the user's actions; it only showed that the sites had the ability to make such a record.

Not all websites and social media platforms fall into this category. Snapchat, for example, saves an unset message for 24 hours before deleting it completely, but during that time, the content is saved in an encrypted form that can't be accessed without the decryption key, which is only accessible if the message is actually sent. Platforms like Twitter and Instagram will save messages and images in drafts until the user chooses to post, but the content is saved locally, to the user's device, and is never uploaded to the platforms' servers. You should just be aware that in this day and age, everything you do on a computer (or even on a mobile device) could be recorded, saved, and possibly released to the wrong audience. As usual, be mindful with what you post online, and even be careful with content that you don't ever plan on revealing to the public.