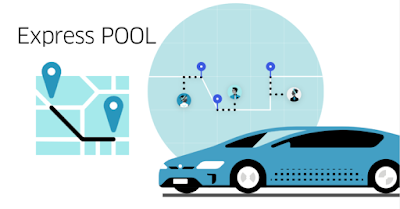 Especially in crowded metropolitan areas like San Francisco, New York, and Los Angeles, fewer and fewer people are choosing to drive. Between the cost of gas/maintenance and often the complete inability to find parking anywhere, many would-be drivers opt to use ride-sharing services like Uber or Lyft instead. For those who drive long distances on a daily basis, it still makes more sense to own a car, but for those who don't drive often, ride-sharing is the cheaper alternative. The cheapest variation of ride-sharing is UberPool, which lets multiple riders share an Uber and split the cost. According to an L.A. Times article written by Tracey Lien, an even cheaper and more efficient alternative, called Uber Express Pool, is on its way to LA.

Uber Pool, while great in that it can save a rider a few dollars on a trip and can give the driver the ability to pick up more fares in a shorter time, also has its downsides. One of the biggest complaints about the Uber Pool service is that it isn't a very fast way of getting anywhere. Inherently, when you opt to allow the driver to pick up other riders on the way to your destination, there will be a little bit of time added to your commute. However, because of the way Uber Pool is set up, it ends up being even longer, as the driver is directed to strange circuitous routes that the app calculates to "maximize efficiency," but which actually does the exact opposite. Additionally, for people taking a longer distance Uber Pool, the driver may pick up multiple passengers along the way, and then will have to go out of the way to drop them off before ever reaching the original rider's destination.

Uber Express Pool is expected to retain Uber Pool's upsides (especially its lowered prices) with fewer of its drawbacks. Some have compared Express Pool to a bus service in that it has designated pick-up and drop-off locations along routes created at a rider's request. Riders will have to walk a bit to get to where they're going, but this system avoids the wasted time of giving each rider door-to-door service, which makes each ride more efficient. It also allows riders to have a better approximation as to the time frame of their arrival. If the car isn't going off in random directions to pick up extra fares, then it's pretty easy to figure out how long the ride will take, even with multiple stops in the middle.

A somewhat similar system is already in place on several college campuses and airports, but that's more for ease of use and to ease traffic congestion. At those locations, there are designated pick-up and drop-off locations. By having those locations, the schools and airports don't have drivers constantly blocking up traffic, and drivers and riders are more easily able to find each other. When riders used to be able to request a pick-up anywhere on campus, it was often difficult for drivers to find them, as the routes through many college campuses tend to be difficult to navigate for people not accustomed to them. In all, it seems that the updated Express Pool will be beneficial to both riders and drivers, and is, therefore, a positive addition to Uber's array of services. 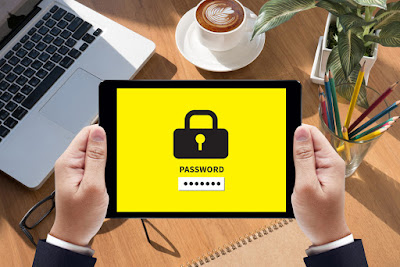 As technology continuously becomes more advanced, and new innovations incorporate such technology, devices require more in-depth security measures. With the massive influx of "smart" devices, which collect a ton of personal information from their users, people find themselves forced to come up with new passwords all the time. Companies suggest that users choose different passwords for all of their different accounts, but an average user has dozens of different accounts, which makes having different passwords pretty infeasible. According to Hayley Tsukayama's L.A. Times article, that problem may be well on its way to being solved.

Several companies, but especially Microsoft Inc., have been pushing to get rid of passwords once and for all. While they do support the careful protection of online accounts from being targeted by cyber-criminals, research has found that passwords don't accomplish that goal well enough. Many people use the same password or some similar variation of it for all of their accounts because they simply can't remember dozens of different passwords. There is an inherent difficulty in choosing passwords that most would rather avoid: a password must be complex enough that a criminal can't easily figure it out, but should be simple enough that the user will be able to remember it easily.

Apple, Google, and Microsoft have all been making a push in recent years to rely on alternatives to passwords, such as biometric scans or temporary codes sent to the user's mobile device. Those alternatives make the accounts more secure, as a fingerprint scan is harder to hack than an alphanumeric password. At the same time, they make the process much simpler for the user and don't force the user to have to remember and type in a password every time they want to log in. Already, Apple and other smartphone companies have integrated facial recognition and fingerprint scanning in the unlock feature of their phones: a feature that many users love.

The main issue with changing up the security protocols, says Tsukayama, is that people don't like to adjust to a new routine. Even though having to remember a password all the time is annoying, many users (especially older users) are wary about using fingerprint scanning and other biometric markers to log into their accounts. They worry about sharing that kind of very personal information with a company that they don't necessarily trust to keep the data safe (both from criminals and from the criminal justice system). Getting users to make the switch will likely require slow changes, over a long period of time, to educate users while letting them acclimate to the changes. 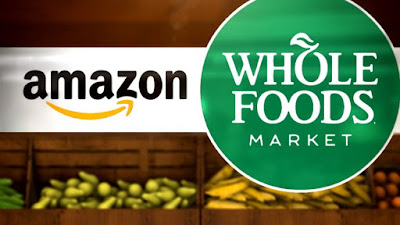 Many people strongly prefer to go to a brick-and-mortar grocery store and pick out their foods themselves. Often, they have preferences on the level of ripeness they're looking for. Others worry that anything picked out by someone else may be dented or bruised or otherwise rendered unusable. On the other hand, there are many shoppers, especially of younger, more tech-savvy generation, who would prefer the efficiency and time-saving of ordering groceries online. Well, according to a recent L.A. Times article, the Amazon-Whole Foods partnership may make that a commonplace reality for the latter demographic.

Many potential shoppers consider Whole Food's groceries to be of high quality and therefore doubt that they will have any problems with the service, even though they aren't picking out and handling the foods themselves. Others, who have their doubts about smashed cookies or bruised fruit would prefer to shop online, then pick up in the store, thereby saving some time while still ensuring better quality. Currently, about 7% of households in the United States purchase groceries online, with most of those opting to have the groceries shipped. This new deal through Amazon Prime may drive those numbers even higher.

Amazon isn't the only company looking into the only grocery-shopping business. WalMart has developed a system whereby shoppers can order groceries ahead of time and just come into the store to pick them up. Kroger, the company that owns some grocery stores, including Ralph's and Smith's, has offered in-store pickup and is testing out delivery options. Target recently bought grocery-delivery company Shipt, and Whole Foods has even been delivering products through a company called Instacart. Amazon Prime's move is just increasing the prevalence, and will likely lead to a greater number of people ordering groceries from home. 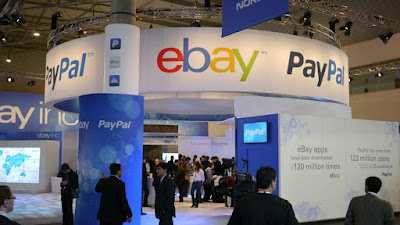 PayPal, which is one of the world's largest online payment companies, was created in 1998, had its initial public offering in 2002, and was acquired by eBay later that year. The system can be used to transfer money over the internet without the need for checks or money orders and is mainly associated with online shopping sites, where they are well-known for security and ease-of-use. In 2015, when eBay decided to make PayPal a separate entity once more, it was intended to diversify the company's investments. Now, according to James Peltz's L.A. Times article, eBay is committing deeper to that goal by cutting PayPal free from its position as eBay's primary payments processor.

For years, shoppers on eBay have been forced to use PayPal when checking out, and sellers have had to pay a commission to PayPal on top of the commission they already have to pay to eBay for using their site. eBay's relationship with Adyen, which will begin in 2020, will give customers more payment options to choose from, which will enable people to pick the one that suits them most economically. The massive online retailer also believes that the change to Adyen will create a "more seamless experience" for customers.

PayPal's stock took a dive and eBay's went the opposite direction after the announcement this week. However, analysts believe that PayPal's issues are only for the short-term. Executives have pointed out that the portion of PayPal's business connected to eBay has been steadily shrinking over the years, and that this break-up will have little impact. eBay's business was about 13% of PayPal's total volume last year (down 3% per year for the past few years). However, PayPal doesn't seem to be worried about the loss of volume. They are choosing instead to focus on profitability.

According to PayPal executives, although the partnership with eBay had led to a large volume of money transferring for the payment company, they made very little per transaction, which didn't make it so profitable. One of PayPal's subsidiaries, Venmo, saw a huge jump in quarterly profits: 59% higher than last year, by some measurements. PayPal has other similar projects in the works that have the potential for profitability, so it seems that the split with eBay may be beneficial to both companies in the end.