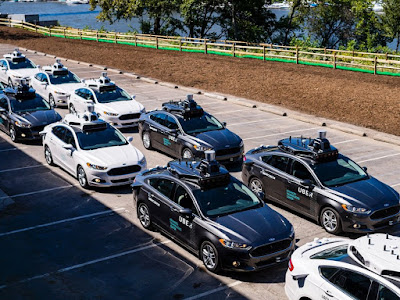 To the automobile industry, self-driving cars are the next big thing. On its own, the principle seems amazing. A consumer can sit down in a car, input a destination, and just relax until the journey is complete. There's no more need to stress out at the amount of traffic or worry about getting into an accident. Many of the self-driving cars even make it possible for the passengers to take a nap on long trips. While car producers and ride-sharing services believe that self-driving cars will be the most popular thing since sliced bread, according to Tracey Lien's L.A. Times article, consumers aren't as excited about the new technology.

A recent study performed by Kelly Blue Book involved questions posed to a group of interviewees representative of the general American population, based on this year's census figures. The numbers gathered by the survey were surprising to the self-driving car industry, to say the least. Approximately 80% of participants in the survey don't want to give complete control to the car. They want to always have the ability to turn off the self-driving feature and drive manually. One of the biggest attractions of a self-driving car is that the passengers no longer have to go through the stress and tediousness that driving entails. However, the survey found that 62% of participants not only are willing to drive but actually enjoy the action of driving.

When asked about fully self-driving vehicles, which companies like Google and Uber have been working on developing, one-third of people said they would be completely unwilling to buy such a car. The lack of steering wheel and gas/brake pedals is unsettling for many drivers. Additionally, 62% of people responded that they would not want to live in a world where every vehicle was autonomous. Of the people surveyed, the youngest group (12- to 15-year-olds) were the most interested in a world full of autonomous cars, but even among them, 33% still were still doubtful.

The most encouraging fact discovered by the survey is that the most participants showed interest in "Level 4" classification of self-driving cars. Under Kelly Blue Book's system, "Level 4" is a type of vehicle that has the ability to drive on its own, but can easily be taken over by a driver if they need to. Whenever the concept of a completely computer-controlled car was mentioned, however, participants reacted negatively. People tend to be nervous about new concepts, especially when it comes to new types of technology. A self-driving car is seen by the more hesitant consumers as a potentially dangerous new technology that may provide more risk than benefit. To address that significant portion of the market, the producers of the self-driving vehicles may need to focus on giving them more first-hand experience. Simply offering test drives could be enough to push wary buyers more onto the pro-autonomy end of the spectrum. 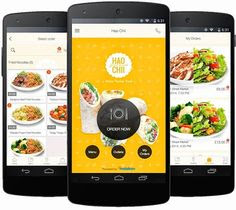 Often, when you go to restaurant or coffee shop, you are plagued with the hassle of lines and long wait times. Wouldn't it be nice if you could just walk in and walk out minutes later with your order in hand? Fortunately, many restaurants have begun to introduce their own mobile applications that make the process easier for everyone. Samantha Bomkamp, in her L.A. Times article, describes some of the reasons why restaurants have embraced mobile apps and what benefits they can provide.

Mobile apps have the convenience factor that everyone wants. Instead of going into the store and waiting in a line behind a bunch of other people who may still need to decide on their order, you can open up the app on your way to the restaurant, decide what you want, place the order, and pay immediately. All you have to do is walk in and pick up your food, without even the need to stop to pay. Additionally, many fast food and coffee shops are revamping their service to include express lines for people who order online, thus shortening the wait times for everyone.

Pizza shops especially have been making mobile applications a large part of their business strategy. Because a significant portion of their business is already in the delivery sector, their apps have been developed to give customers many options and an easy interface to work with. That kind of app is easily transferable to the pick-up customers, many of whom prefer to tap a button than deal with having to describe their order over the phone. This year restaurants like Dominos and Taco Bell and even coffee shops like Starbucks and Dunkin' Donuts have started developing their own applications, making the already fast food even more convenient.

Research has found that, when technology can be used to place an order, the frequency of customer visits rises 6% and average spending goes up by 20%. Because the technology makes it easier to order efficiently, customers are more likely to come back to the restaurants in the future. Additionally, third-party apps like Eastman Egg, an app based out of Chicago that not only lets customers order food from nearby restaurants, but also tracks their location to let the restaurant know the optimal time to start preparing the food so that it will be ready as close as possible to the time the customer arrives. With single restaurants, the app has been found to work wonders but has some issues with large chains like Starbucks that have multiple locations. One way or another, it seems that mobile apps are taking over the restaurant industry, and it's speeding up the process for everyone.

Prices Generally Unaffected by Increased Competition in the Pharmaceutical Industry 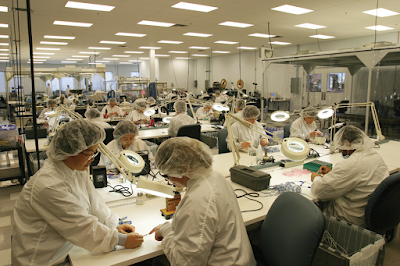 The laws of economics state that price is inversely proportional to competition. The more competition there is in an industry, the more options a potential customer has, which means the competitors have to lower their prices to draw in the customers. This phenomenon occurs especially in situations where the products being sold by different companies are similar enough to be interchangeable. For some reason, as investigated in Melody Peterson's L.A. Times article, that doesn't seem to be happening with pharmaceutical prices, even when there are many competitors.

To some extent, it makes sense that pharmaceutical manufacturers charge high prices for the prescription drugs and medical devices that they provide. It takes years and millions of dollars in research and development to create something new, which then has to spend years being tested by the Food & Drug Administration before it is finally approved for sale to the public. Often, by the time a medication has been approved by the FDA, there is only a small amount of time remaining on the patent. So, the developing company has only a few years in which to recoup their investment before other companies come out with generic versions.

The unfortunate aspect of that situation is that the medications and devices being developed are often necessary to cure or treat diseases. That can create an unfair situation: the creating company has the right to choose whatever price they want for their product, and the sick person has no choice but to pay it. That's what makes pharmaceuticals different from a normal product. If a computer company comes out with a new type of device that they have patented and decides to charge exorbitant prices for it, a customer has the choice to either pay the high price or move on without buying the new computer. It doesn't work that way with medicine. If a medication is highly priced, a sick person's only options are to pay the price or not be treated for their illness, which could lead to worse sickness or even death.

You would think that once a patent runs out, generic drug manufacturers would enter the market with a lower-priced product, thus giving customers a choice. The increased competition between the original manufacturer and all of the new generic providers should drive the price down, but it doesn't. Even generic drug producers have been coming out with exorbitantly priced medications. The price is usually slightly less than what a name-brand has it listed for, but nowhere near low enough to make it affordable or even justifiable. One example is a drug called ursodiol, which treats gallstones. The method of creating ursodiol was perfected decades ago, and all patents have run out. The ingredients are not very expensive, yet every drug company is charging somewhere around $5 per pill.

Analysts believe that drug manufacturers are defying the laws of economics for one simple reason: they can. When one company raises their price on a medicine, instead of lowering prices to gain greater demand, the competitors follow suit and raise their prices. In that way, the companies bring in more income, mainly at the cost of medical insurers, which leads insurance companies to charge higher premiums to customers. It's a cycle of rising costs with no end in sight. If a single company stood against the status quo and kept their prices at normal levels, the other companies would eventually have to either lower their prices or go out of business due to lack of demand.

Since none of the companies seem to be following economic principles and standing against the current, many are suspicious of the whole situation. Some fear that the medical suppliers have secretly formed a type of coalition or "trust," an incredibly illegal practice. The grand jury has subpoenaed some of these companies to find out if they had any communication with their competitors prior to making consistent price increases. Analysts believe that a trust could be the explanation as to why drug producers have successfully avoided the laws of economics from catching up to them. In time, a federal investigation may reveal the truth of the matter.