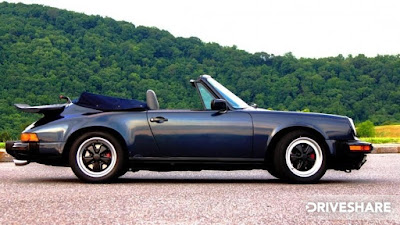 Inventors are continually innovating and making the world a better place. Some of their innovations include new medications or life-saving devices. Other inventions are to make life easier or more convenient, or just to allow people to have more fun. No matter how you look at it, though, most people would agree that technological growth has given people access to everything they might ever need. There's food delivery, transportation, short-term housing, and car rental, all available through apps on your cell phone. Now, Charles Fleming's L.A. Times article points out, there's even an online service designed specifically for lovers of vintage cars.

Airbnb, one of the most popular apps on the market, makes billions of dollars per year in revenue, by facilitating the rental of homes and apartments on a short-term basis. Apps like Getaround and Turo allow users to rent cars owned by other users in order to get around, but some users are looking for different styles of cars not usually offered by those ride-sharing apps. To address that demand, a group of innovators created an online service, dubbed “the Airbnb of classic cars,” called DriveShare, which allows users to rent (or rent out) vintage and classic cars.

Vintage cars are one of those commodities that just gain popularity as the years go on. In the modern day, where vehicles tend to be made of cheaper materials, with more electronic bells and whistles, some drivers prefer the experience of a sturdy, solid metal, classic car. They like the way they run, they like the way they look, and they especially enjoy how much more durable classic cars tend to be. Eventually, at some point in the future, "classic cars" won't be a thing anymore, because many of them are over 40 years old and only last so long, but for now, this business seems to be working.

The company was founded by a merger between a rental company called Classics&Exotics and one of the nation's largest vintage car insurance companies, Hagerty. The merger allowed for the company to gain access to a database of a million vintage vehicles, with around 300 types of car to choose from. The rental prices range from $99 to $3,300 per day for Porches to Lamborghinis and everything in between. According to the founders, this service has two goals: to give people the experience of driving a vintage car, to help them see if they might want to buy one themselves; and to help vintage car owners somewhat subsidize the cost of their vintage car by renting it out on a day-to-day basis. Both goals point toward one thing: the innovators who created DriveShare really seem to want people to have every opportunity to drive, or even own, a vintage car. 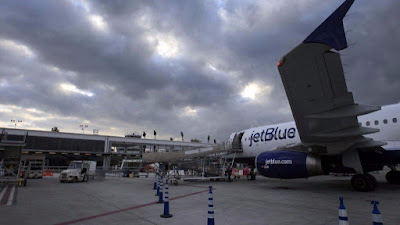 Finding a great place to live can be a balancing act. It can be next to impossible to find a good building with affordable rent in a popular area. People often have to commute to work in order to find their dream home or sacrifice some of the items on their wish list and settle for something less than ideal. Living near an airport, for example, has both positive and negative aspects. Prices for homes in the area tend to be much lower than those further away, but residents have to deal with increased traffic and greater noise issues. Even with noise curfew rules, some airlines find ways to get around it. However, according to Hugo Martin's L.A. Times article, the Long Beach Airport has proposed a crackdown on noise violators in order to address some of the more blatant rule-breakers.

In response to excessive noise issues over the years, the City of Long Beach has a Community Noise Ordinance that makes it illegal for people to make loud noises that affect residents or visitors during certain time periods. Some examples include leaf blowers, construction equipment, and amplified music. Mainly, the ordinance addresses repeat offenders with disruptive behavior above certain limited standards. One such standard is that for the airlines operating out of the Long Beach airport. The airlines have a limited "noise budget" that they have to stay under or they will be fined.

While many of the airlines have followed the rules of the Noise Ordinance, some of the busier airlines have chosen to prioritize their business over the wants of the community. JetBlue has been the most flagrant offender this year, with over 94 violations in the five-month period at the beginning of 2017. Delta AirLines and SkyWest, next in line, have a combined total of only 3 violations. JetBlue claims that its disruption of the noise levels between 10 PM and 7 AM throughout the year was due to delays at busier airports on the East Coast and in Northern California. They claim that the noise was unintentional and are working with the city to solve the problem.

When the ordinance was enacted in 1995, it set the fines for first-time offenders at $100 and set the fine at $300 for any airline breaking the rules more than three times. While these fines may have once been a deterrent to some airlines, it makes more financial sense for JetBlue to operate as many flights as possible, and just pay any fines they may incur. In response to that, city officials are looking into updating the fines on the ordinance to thousands of dollars per transgression, with the option to terminate an airline's ability to operate out of the airport if the airline accumulates more than 20 citations in a two-year period. It will still take some time to get the proposal before the city council, but it is expected that they will vote on it in the early months of 2018. 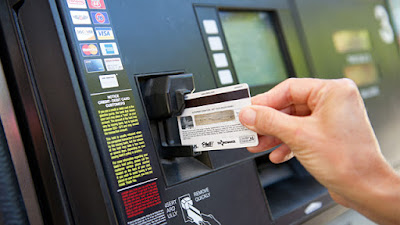 Improvements in technology are great in many ways. They save money, make life more convenient, and help people to do good in the world. However, technological advancement can often have drawbacks as well. One of the main issues in recent years is the average criminal's increasing ability to get away with financial crimes. The more technologically advanced something is, the more opportunities there are for criminals to hack in or scam people. According to an article by the Associated Press of the Los Angeles Times, one of the latest scams involves using stolen credit card information to resell gasoline on the black market.

The first part of the scam involves attaching 3D-printed credit card "skimmers" to ATMs or other credit card readers, such as those at gas stations. When someone swipes their card through the skimmer without realizing that it's not actually part of the machine, it records the credit card's data for the scammer's use. Then, the scammer is able to transfer the information to a fake card later, which they can use to make purchases. As devices get more advanced and criminals become more tech-savvy, the crimes continue to increase.

Once they have the counterfeit cards with someone else's data on it, the thieves go to gas stations with specially-designed trucks with hidden fuel tanks that can hundreds of gallons of gasoline. Then, they go off and empty the fuel from the trucks into 4,500-gallon industrial tankers. Finally, the tankers turn around and sell the gasoline back to the gas stations or to people on construction sites or to truckers looking to get a discount. Even the smallest gangs of criminals can steal thousands of dollars per day in gasoline, which can be more profitable with fewer risks than other money-making scams.

These types of crimes started sometime around 2006 when the skimmer technology was first developed. Since then, thieves have been using the strategy more and more, mainly in populous states with many busy interstates, such as California, Florida, and Texas. At first, law enforcement did little to combat these crimes, since they were only targeting a couple hundred dollars per transaction. It was seen as a "victimless crime," because the targets could dispute the charges on their credit card statements and generally get the money back. Because of the "slap-on-the-wrist" view of this type of crime, more and more thieves joined up, to the extent that some gangs are making up to $20 million per year off of stolen gasoline.

Because this is a financial crime, the US Secret Service is  involved and is investigating various gangs of criminals, shutting down these groups when they can, and are working on instituting tougher laws to dissuade other criminals from going after the "low-hanging fruit." Gas stations are also looking into installing devices on their pumps that shut the machine down if it is tampered with. Generally, everyone should just be on alert and do what they can to avoid being targeted by a similar scam. Be careful when using your credit card somewhere you don't trust, and if something looks suspicious, you should report it to the authorities. 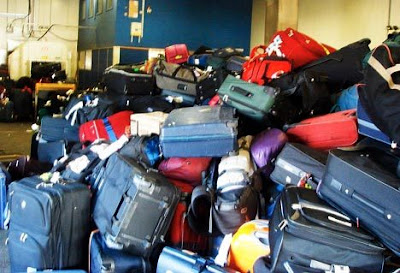 Many people often need to travel often in this day and age. Technology has helped people to become more connected and some businesses even operate out of multiple countries at once. Therefore, people conducting business and people looking to visit friends and family will usually need to resort to flying to their destination. Because flying has become so mainstream and efficient, it's not unheard of for some individuals to board multiple flights per month. However, with all that popularity comes mistakes. Flights get overbooked, luggage gets lost, and the whole trip can be a frustrating experience. According to Hugo Martin's L.A. Times article, American Airlines is addressing one common issue: lost luggage, in the hopes of making the experience a little bit better for everyone.

Airports, especially those located in major cities, host many flights per day, with planes from dozens of different airlines. It's no surprise that luggage gets misplaced among so many thousands of travelers. The more frustrating part for many passengers is that they have to wait by baggage claim for every piece of luggage to exit the plane before they can definitively determine that their luggage is gone. Then, they have to go through the whole process and fill out paperwork so that when their belongings are found, they can be returned. People nowadays value efficiency and look to save time in every situation, so a big time-waster like that is not appreciated.

American Airlines is beginning to use a new system of scanning luggage at multiple checkpoints along the boarding and transport process, which keeps better track of everything. Additionally, all of the data is being uploaded to their system, and an alert gets sent out to a passenger if the system finds that their luggage was lost along the way. Because the passengers are getting a text message or app alert, they are able to immediately go to fill out the paperwork instead of first waiting for baggage claim, which can make an inherently stressful situation a little bit easier. In the coming years, lost luggage may be a thing of the past. New technology has been driving down the number of bags misplaced each year, and some research shows that use of RFIDs and other similar technology could lead to a 99% success rate on tracking bags, which could save millions of dollars in the long-run.