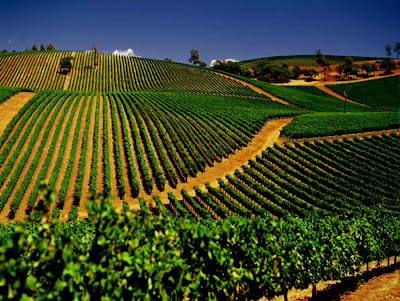 Of the various foods that California produces for export, many have faced hard times over the past couple of years, mainly due to the scarcity of water throughout the state. Almonds, California's largest export, grow on trees that require gallons of water to grow properly. Those almond trees have suffered over the past couple of years, and, even though rainfall has increased, the trees may not recover, at least not any time soon. Fortunately, even though the almond market has hit rough times, other exports from California have reached record levels. In his L.A. Times article, Geoffrey Moan discusses increased exports of American wines in 2016, led by California's brands.

Even with the increased strength of the dollar, a limited water supply, and high tariffs, which all had limiting effects on the wine exports, foreign trade revenue still increased from $1.49 to $1.62 billion in 2016. Of all of the wine exported from the United States, around 90% came from California. Not only did the volume of wine increase, so too did the prices of those wines. Golden State labels have gained higher prestige in foreign markets, and vintners take advantage of that "premiumization" to mark up the wines. It seems to be a good business strategy that hasn't negatively impacted demand while still increasing revenue.

The single country that imported the largest amount of U.S. wine was Canada, accounting for $431 million in table wines. Behind them came Germany and Britain who, along with the rest of the countries in the European Union, imported a total of $685 million in American wines. Behind them came Mexico, Switzerland, and several Asian countries, who collectively accounted for the remaining portions of U.S. wine export revenue. Wine exporters have faced some difficulties with laws in British Columbia and other areas that prevent retailers from carrying foreign wine brands, but exports have still increased despite such restrictions.

Exporters throughout the U.S. expect that the demand will continue increasing, so limits on foreign retailers could pose future issues. While some exporters are working with foreign governments to try to gain equal access to their markets, other exporters make "trade tours" through the countries that import the most product, to renew their relationships and remind importers of their company's commitment to the wine market. While American wines have plenty of domestic demand, which is why the wine industry depends much less on exports than other industries, vintners are focusing on foreign markets mainly because they represent the best opportunity for fast growth. Their work right now will help to define their growth in the industry in years to come. 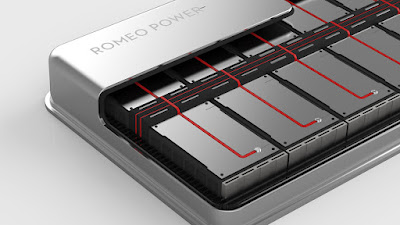 As discussed in a previous post, several electric car companies (Tesla/ Solar City being the most notable example) have been pushing to create the perfect combination of technology for their energy-conscious consumer. The first company to come out with the technology (some combination of electric vehicles, personal solar panels/ wind turbines, and a high-efficiency battery to store the collected energy) to match that growing need is bound to hugely benefit their productivity in the future.  Although Tesla Motors has made itself a household name in the electric vehicle market, Russ Mitchell, in his L.A. Times article, describes a start-up called Romeo Power that may be able to stand in the way of Tesla's dominance of the high-efficiency battery market.

Not only is Romeo Power a new competitor in a market with high barriers to entry, but the people behind the company seem very confident that their product is better than any sold by the competition. The battery packs are innocuous looking, long and thin to fit underneath a car. Inside the battery pack is what stores all the electricity: thousands of battery cell cylinders slightly larger than a AA battery. Those cylinders have the ability to accelerate a car from zero to 60 in just a few seconds and can allow the vehicle to drive for hundreds of miles without stopping, so packing them all together like that can be a tricky endeavor.

Not only do customers want a battery that stores as much energy as possible and charges quickly, they also want to know that they are safe, that their car won't explode when it hits the slightest bump. Those are all the aspects that design teams have to take into account. They need to ensure their customers' safety while still improving the product's performance. While that may seem unrealistic, Romeo has claimed that its battery packs can achieve a 25% higher energy density than any of its competitors, an unbelievable improvement to most analysts. However, if Romeo succeeds in breaking into the industry with such high-efficiency batteries, they could easily find themselves on the path toward leading market share.

While it seems impossible to many that the start-up will ever take significant market share away from the leaders in the industry like Tesla, some analysts are unsurprised by the company's quick growth. The executives of the company all come from backgrounds involving battery production, and most of them worked for a while at SpaceX, Faraday Future, and Tesla, where they learned a lot about their competition. Sure, mid-level electric vehicles won't need their battery packs, because their manufacturers make their own in house. However, if their battery packs truly have an increased efficiency of 25%, then even the high-end companies will want to use their battery packs. It's simple business: if you don't use the best parts in your product, most customers will choose to go with a company that does.

Most if not all drivers have heard something about the variety of electrical vehicles being marketed throughout the ever-evolving automobile industry. However, most of those people only know the bare bones about electric cars, if even that much. Besides the fact that electric vehicles are better for the environment and can be better for a consumer's wallet in the long run, very few consumers know much about what makes the different brands and models distinct. Fortunately, according to Russ Mitchell's L.A. Times article, a brand new website called ElectroMotiveLA was started to try to help people become more informed.

The website has many setting that allows potential buyers to do the necessary research to fully understand the car that they are looking to buy. It is designed specifically for Los Angeles residents and details the different models of electric vehicle and the kinds of features each version comes with. The website's settings allow a user to search for specific charging capabilities, the distance the car can travel on a single charge, and the type of tax credits the government tends to offer. To get specific information, ElectroMotiveLA meets with the heads of marketing at the companies and dealerships, but according to Mitchell, does not accept any payment from them.

ElectroMotiveLA is funded by a subsidiary of the Schmidt Family Foundation, a non-profit organization with a goal of improving renewable energy. Because the Foundation is looking to cut out fossil fuels and increase the prevalence of green energy sources, the creation fo the website to help consumers understand the technology seems to be the logical first step. Additionally, because ElectroMotiveLA receives its funding completely from the non-profit, it doesn't need to collect money from the car companies that it is reviewing, which gives the website more credibility.

Mainly, the goal is not to inform people about how electrical vehicles can save fuel and help prevent further environmental degradation. Instead, ElectroMotiveLA focuses on the stylish, cool aspects of the new types of electric vehicles, In that way, potential buyers have a good time learning about the technology, and may be more inclined to invest in it in the future. At this point, because gas prices are relatively low, people are not interested in paying double the price to get the electric version of their trusty combustion engine.

If people can be shown that the price difference is not so large, or that the difference in price can be made up over the long-term based on the personal and societal benefits of driving an electric car, then maybe that portion of the automobile industry will be able to grow. Already, California is moving forward, taking the lead in the electric vehicle market. That state boasts about 50% of total sales in the country, of which Los Angeles itself holds about 20% of the state's sales. Improved education on the subject, such as that provided by ElectroMotiveLA, could help the state's record continue to improve, Perhaps California's zero-emission mandate will be met sooner than expected.